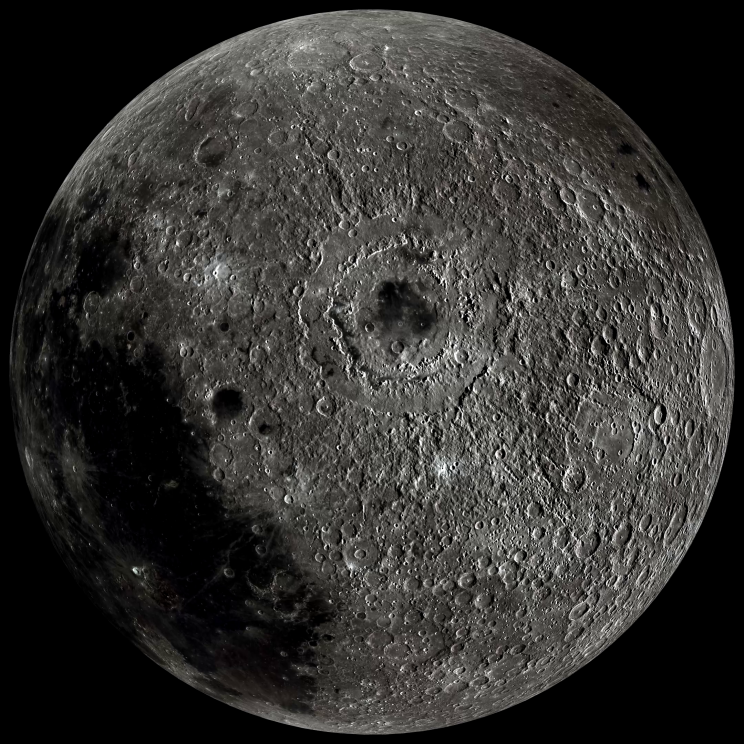 This video shows the Earth’s Moon, firstly rotating about it’s axis, followed by a view moving around the limb of the Moon. This provides views never seen from Earth.

4k, 50 frames a second for smooth animation, best watched on a large screen.

Also you will find that these unusual views really bring out lines and chains of craters, and bright ray craters that are not seen clearly, if at all, from Earth. At the 26 second mark, the huge southern Aitken Basin is nicely shown, and at 2 minutes 1 second, the impressive impact basis on Mare Orientale is particularly clear.

The texture showing craters strongly was built by me.

The soundtrack is the CC licensed “Study in D”, by the consistently superb Cousin Silas, from the album “A beginners guide to looping.”