The Milky Way’s Little Sister ! This spiral galaxy, replete with bright red stellar nurseries is captured with the conventional palette (R,G,B). Often compared to a pinwheel, this image evokes a sense of wonder and fascination. 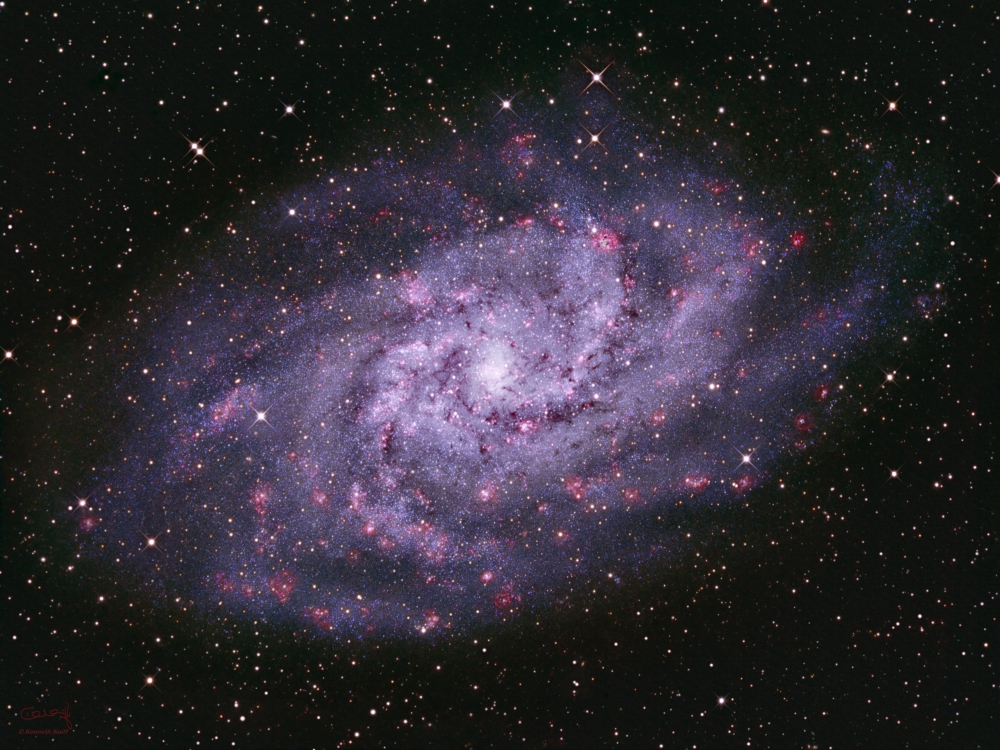