I made this series to explore what it might look like if Earth passed through the tail of a particularly active comet in a very close (astronomically, anyways) pass. In the past, the planet has indeed passed through the trails of comets before, though nothing this dense or close that I can find on record. I also imagined how Earth’s gravity might displace the dust, and ended up with a pattern akin to waves caused by moonless in Saturn’s rings.
On the surface, this would be a harmless, but spectacular scene, likely with active meteor showers. Indeed, most major showers are debris left in the comets’ orbits as it is, like the Orionids being spawned from Halley’s Comet.
Meanwhile on the charcoal-toned nucleus, a lone lander relays data until it either runs out of power or is bucked off.
The only potential problem I could imagine from all this is damage to satellites. Hopefully they might be more durable by the time something like this might happen.
The comet overall is largely based on Comet West’s last appearance. 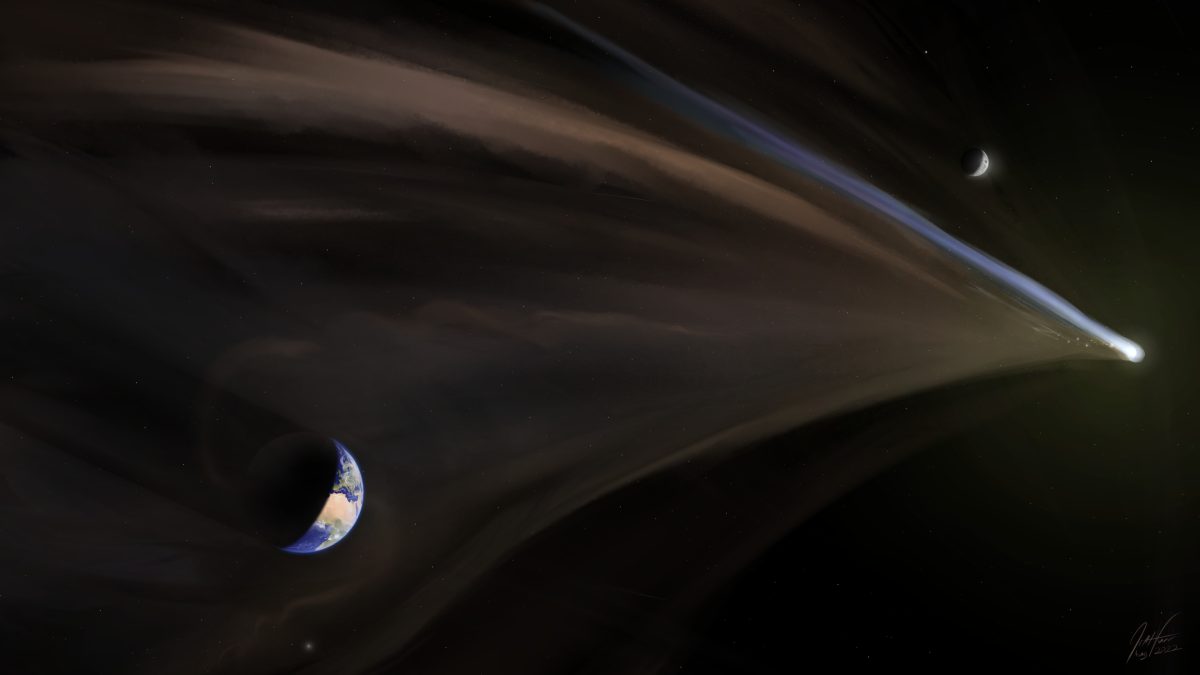 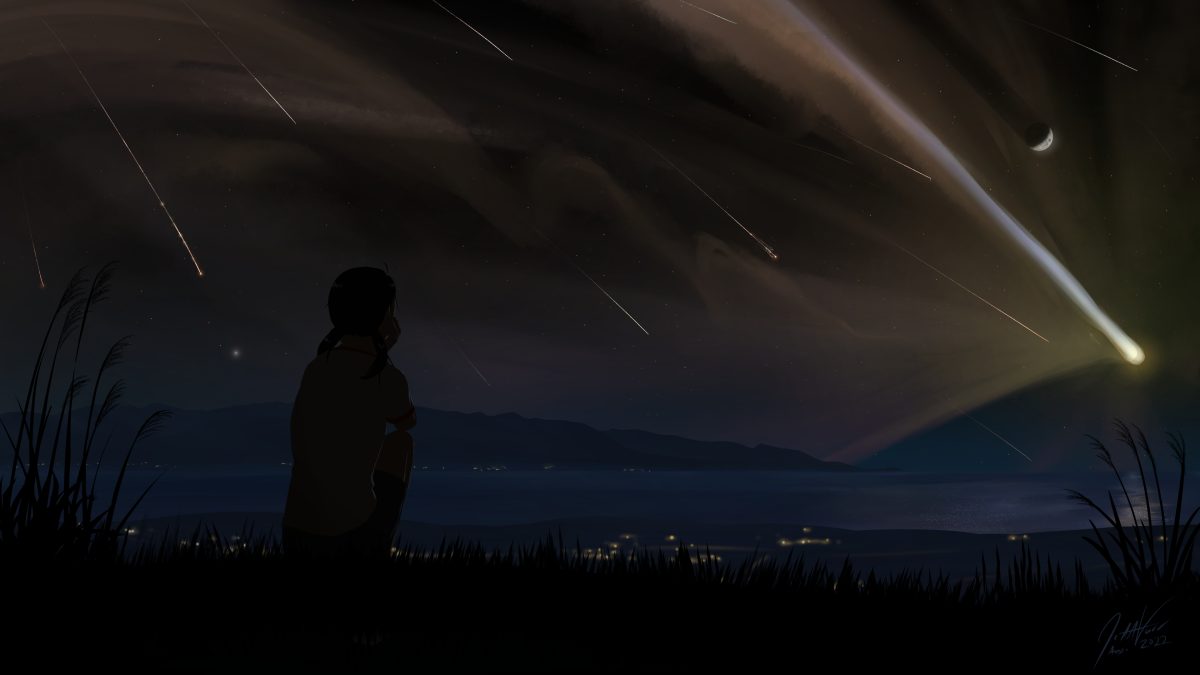