Taking the Tour (24 by 36 in. acrylic on canvas) is of a future Blue Origin Moon tourist rocket visiting the Apollo 11 landing site. This imagine a time when Space Tourism is in full swing, and includes moon tours to the historical landing sites. The New Armstrong, is seen here about to land in the designated landing platform, where a barrier deflects the dust above the the fragile artifact. The Tour hangs in the office of Dr. Bob Smith, CEO of Blue Origin Aerospace. 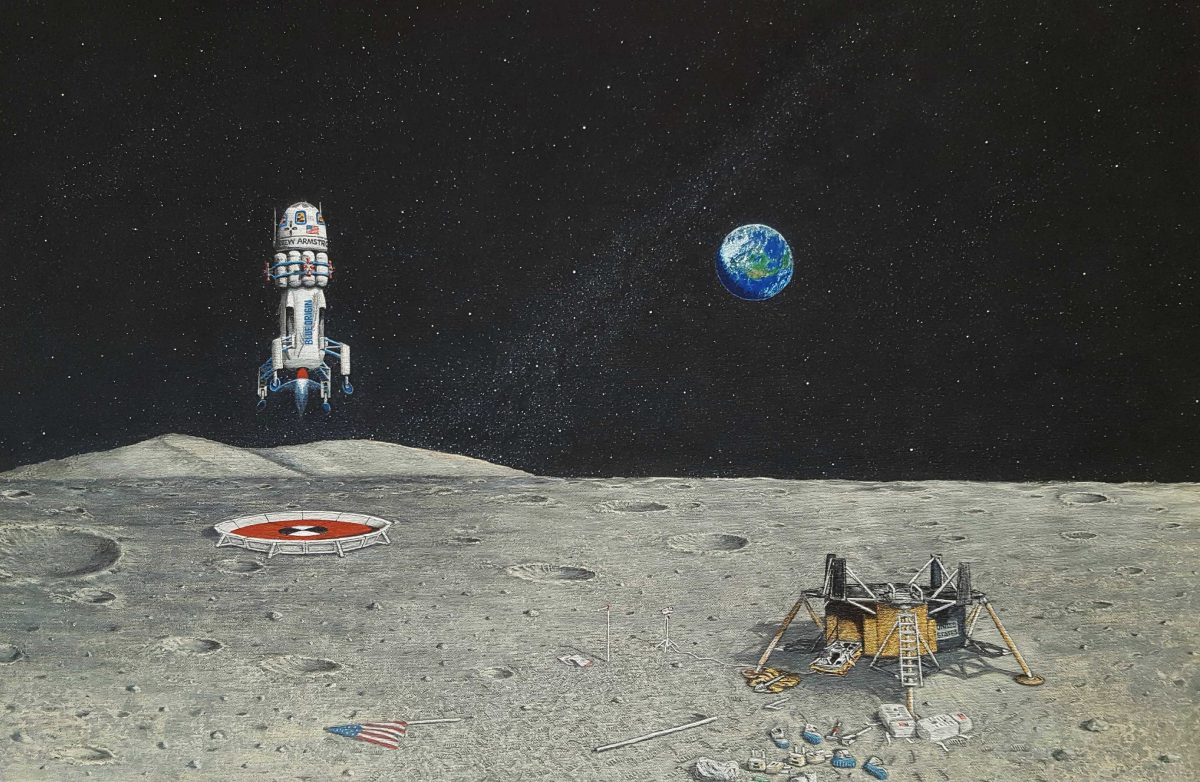