A very simple, very quick, spontaneous finger painting in mixed acrylics and fluorescent acrylics, inspired by the idea of a supernova remnant with pulsar and, some of the colours influenced perhaps a little bit by famous images of the Crab Nebula, with a little bit of fine brush work and stars added using the sharp end of a wooden cocktail stick… Size of painting: 25.5 x 17.7 cm on acrylic paper pad, dressed in a floating black frame, circle diameter: 16 cm, frame size: 33 x 33 cm. It is a shame about the lighting as these pictures look best in low light: I frame everything behind glass to protect my work and my framer has very kindly given me permission to take photographs of the work during the framing process, so it can be seen in conceptual context before the glass goes on, to avoid nasty reflections. However, the light in his shop is very strong and despite trying to use my own shadow to blot out the intensity, some details are a little disappointingly washed out in these photos. Hopefully in future I can work out something to get around this issue… 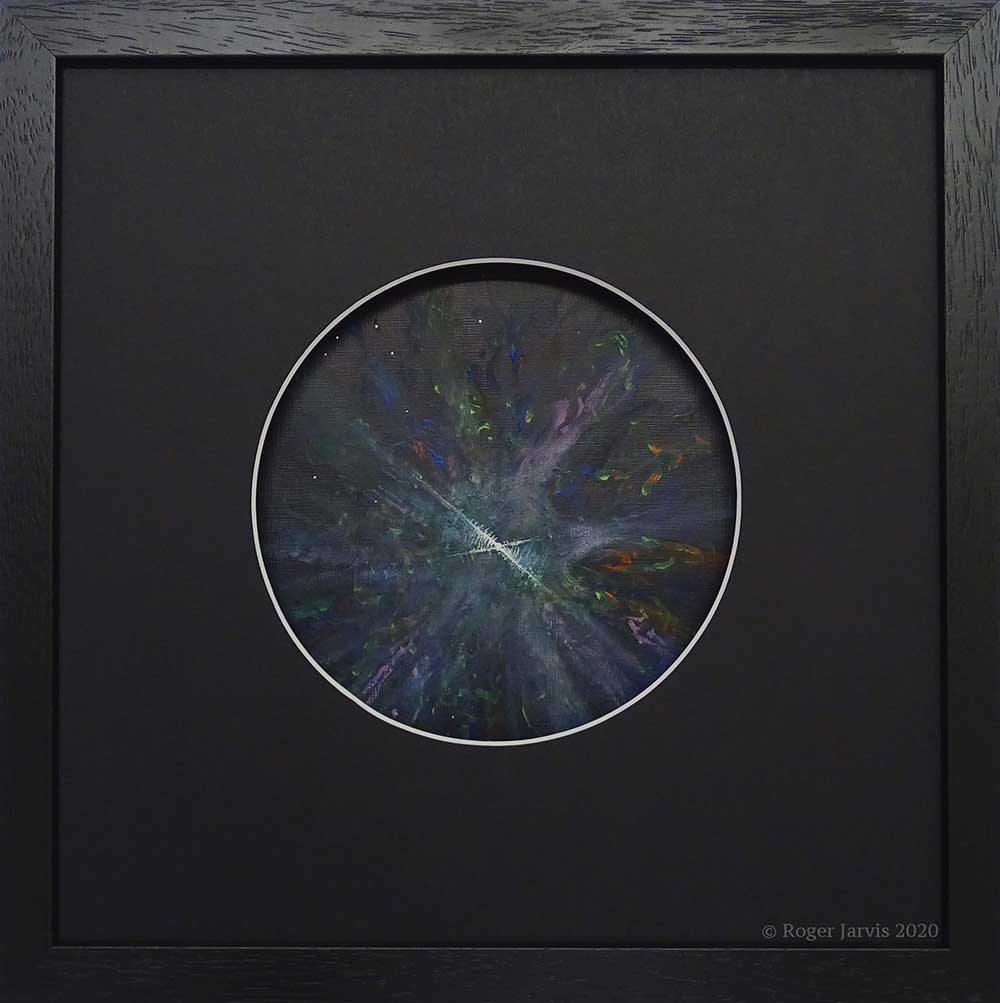