As a deep space probe soars over the South Polar Region of Saturn’s moon Enceladus, cryovolcanoes jet ice vapors into the inky sky. Acrylics on 16×20 canvas 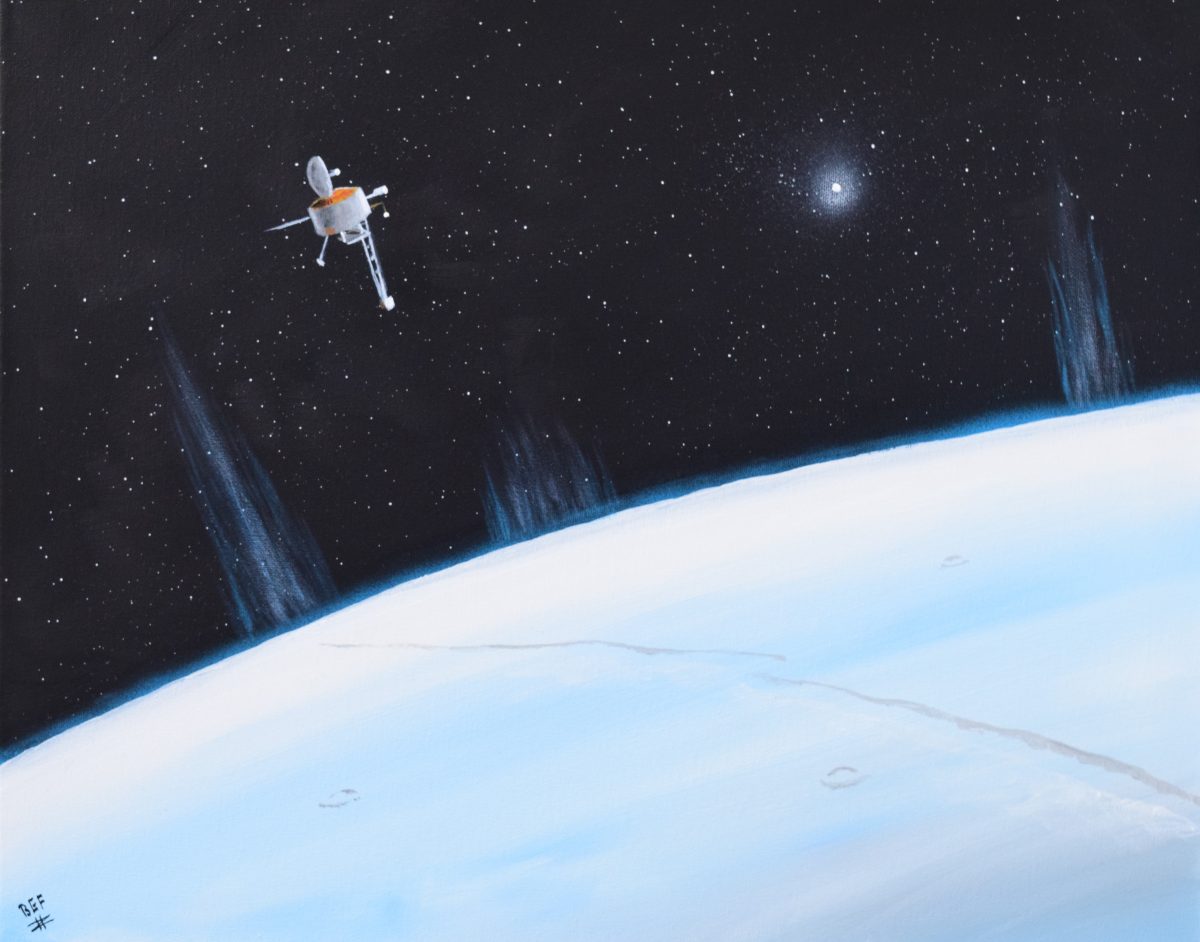