Stellar Womb (16 by 24 in. acrylic on canvas), Illustrating the appearance of a star forming region in a nebula, and how the formation of the stars basically evacuates the nebula, giving it a hollow core. When observing these nebula through the telescope, it often appears that the stars are swarming outward like bees from a hive. 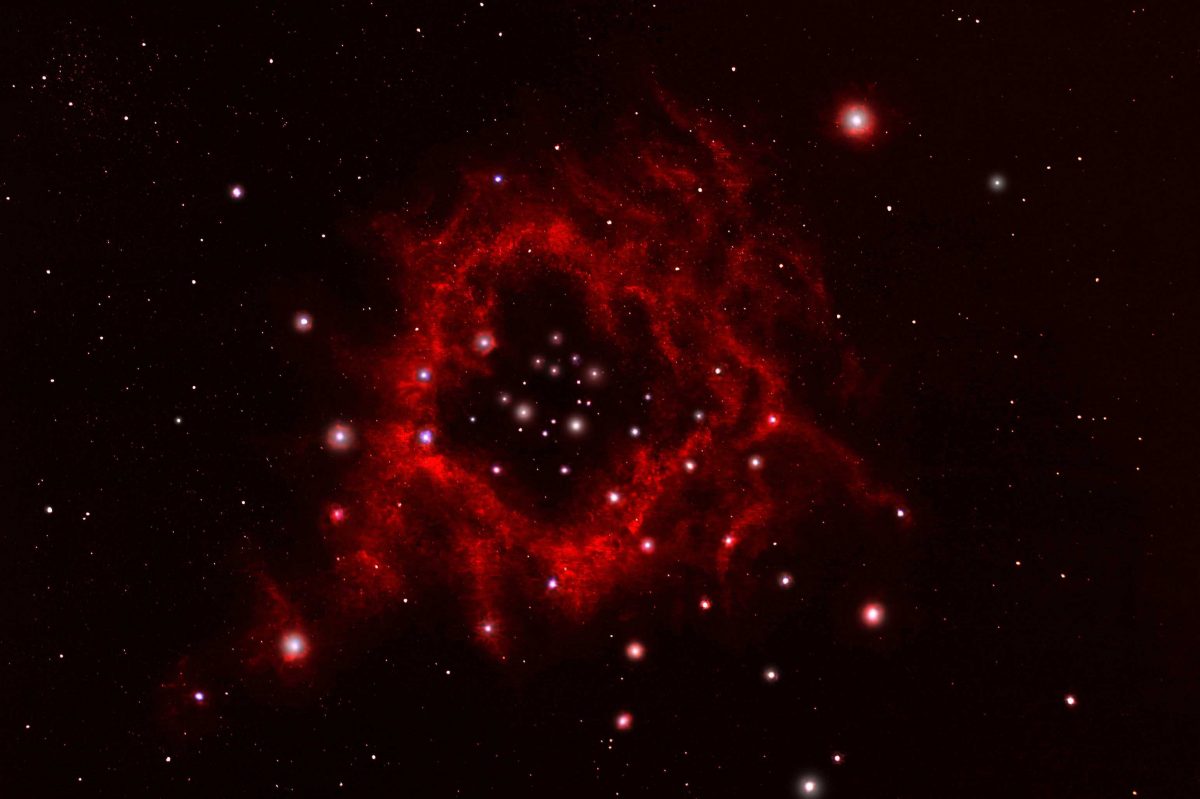