A very simple, very quick, spontaneous finger painting in acrylics, inspired by the idea of a stellar nursery and quite possibly influenced slightly by the Orion Nebula, with a little bit of fine brush work and stars added using the sharp end of a wooden cocktail stick… Size of painting: 25.5 x 17.7 cm on acrylic paper pad, dressed in a floating black frame, circle diameter: 16 cm, frame size: 33 x 33 cm. One person asked me recently, why this nebula appears “concave” or bowl-like. As I had painted it intuitively, I had to go away and think about it for a little while and felt sure it was linked to something I had seen from astronomical photos. Then it came to me all of a sudden and I was reminded of something I must have heard quite a while back, about the way in which the “stellar winds” of new-born stars act to slowly sculpt and carve out the surrounding nebula, leading to all kinds of interesting forms while also echoing the way in which the first stars of the cosmic dawn proceeded to gradually clear the primordial fog of hydrogen gas left over from the Big Bang; some ideas are beautiful without being complicated and it would be well worth studying the work of these sculptors of the cosmos… 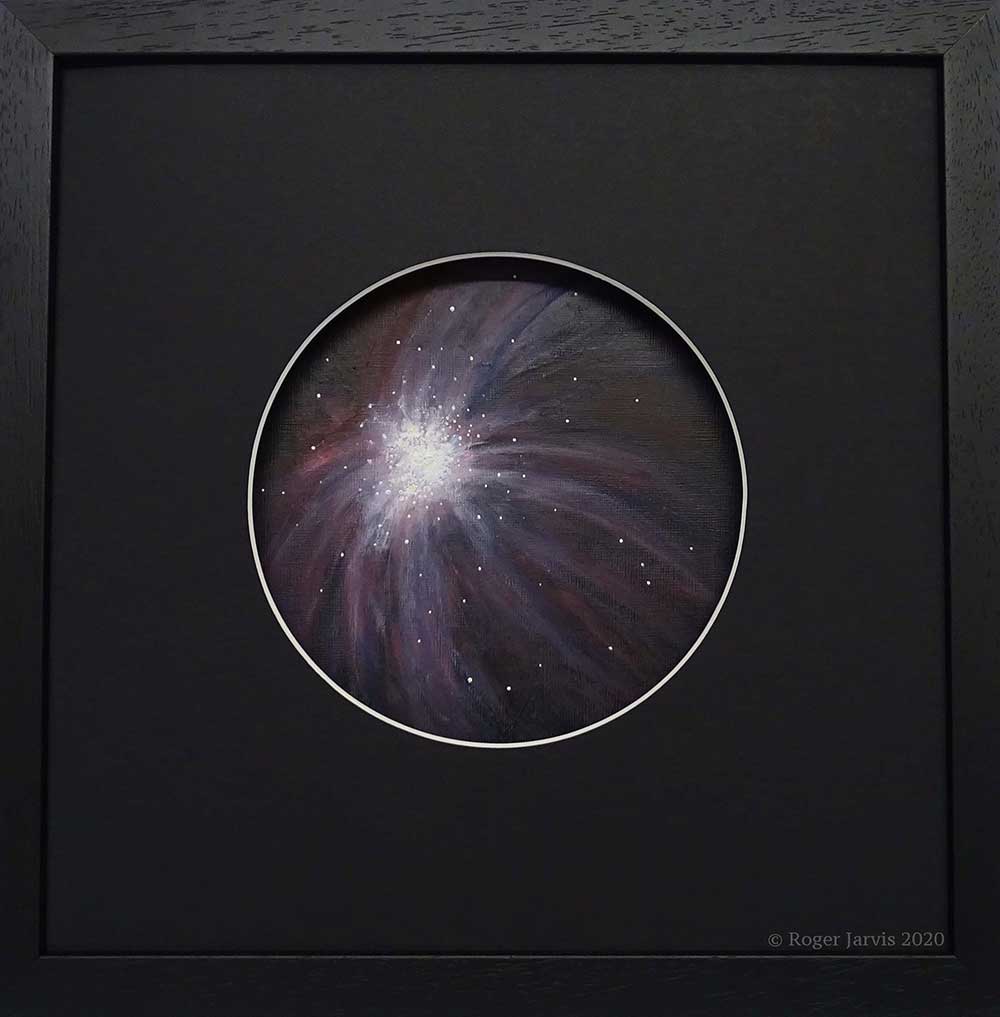