Star formation is a process that begins in dark clouds of extremely cold gas and dust, where small, dense clumps of material bind together, contract under immense pressure, and slowly start spinning. 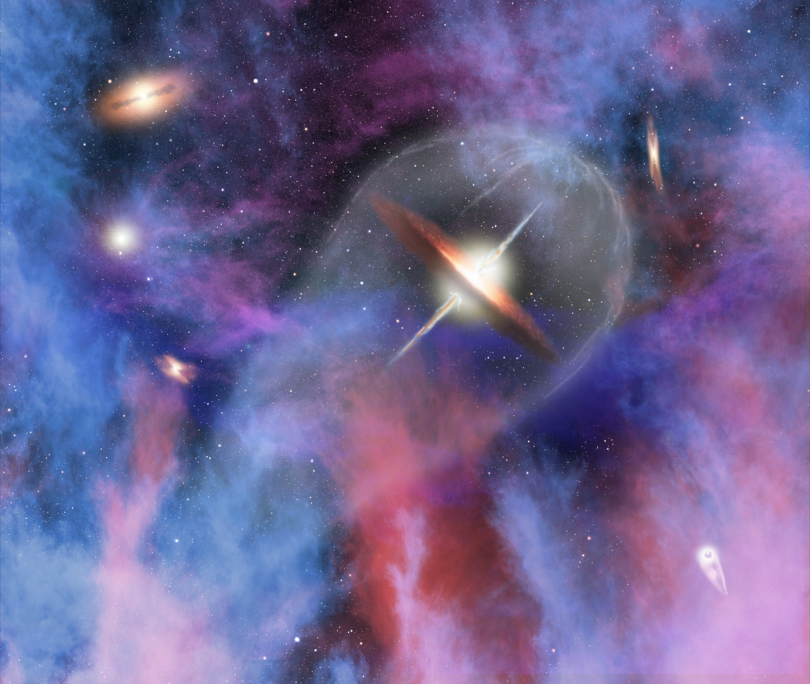 “He had us on the edge of our seats during his presentation, ready to suit up and blast off!” - Asilomar Reading Conference, Santa Clara County CA David A. Aguilar is an internationally recognized astronomer and award-winning author of astronomy non-fiction designed for space learners of all ages. His expertise lies in showing us the fascinating connections between the universe, nature, and ourselves. He has the spirited ability to guide open minds through his exciting new views of nature and space and into a wondrous world of discovery. From television appearances to publicizing the Hubble and Pluto Missions to authoring and illustrating award winning space science books, he has shown a lifelong commitment to being on the leading edge of our knowledge about the stars. In 2010 Asteroid 1990DA was designated to honor his ongoing exceptional science education outreach efforts. He is author-illustrator of 8 National Geographic and 3 Penguin Random House books including 2017’s “7 Wonders of the Solar System”, his 11th book on astronomy. “7 Wonders” has been named a “2017 TOP PICK FOR TEENS & KIDS” by the New York Public Library; “OUTSTANDING SCIENCE TRADE BOOK FOR STUDENTS” by the National Science Teachers Assoc. (NSTA); and "2018 NONFICTION GEM” by the Texas Library Association. In Dec. 2018 Penguin Random House will release, “7 Wonders of the Milky Way” followed by a National Geographic release of “MOON” in 2019 to coincide with the 50th anniversary of man’s walk on the moon! He is a frequent onscreen contributor and space artist on the History Channel’s “UNIVERSE” series and the Science Channel’s “NASA’s Unexplained Files”. As a Harvard World Tours Expert Study leader, he has crafted a range of unique learning experiences across the globe from Kazakhstan to Easter Island to Antarctica, all the while weaving in the mysteries and wonder of the stars above. In 2015 he completed a 14-year tenure as director of media and science information at the Harvard-Smithsonian Center for Astrophysics in Cambridge, MA, honored to have worked alongside the world’s leading research astrophysicists to publicize advanced findings about the cosmos. He joined NASA’s New Horizons Mission special media team for the historic Pluto flyby. In 2018 re-joins the team for the KBO encounter - to now explore the edge of our solar system, going further than any space mission has ever traveled. He has been building telescopes since his early years in California, when he re-purposed the glass casters from his grandmother’s four-poster bed as a suitable telescope mirror! Today he resides under very starry skies not far from Aspen, CO where he has his own observatory to continue his seeking, and awe of, the magic and wonderment found in the stars. See www.davidaguilar.org Go to the artist's portfolio

This artwork is copyright © David Aguilar. All rights reserved.