I’m working on some stills of the Soyuz ABV / Soyuz 7k-9k-11k mission proposal. This is the first mention of the Soyuz spacecraft.
The most obvious differences between this and the flight versions are that the orbital module of Soyuz A is cylindrical, and there are no solar panels.

The “Soyuz B” component was launched empty, and filled with up to five tanker missions using the Soyuz V component.

The flyby would have been fairly distant, two cosmonauts onboard, 1000-20,000 kilometres from the Moon. 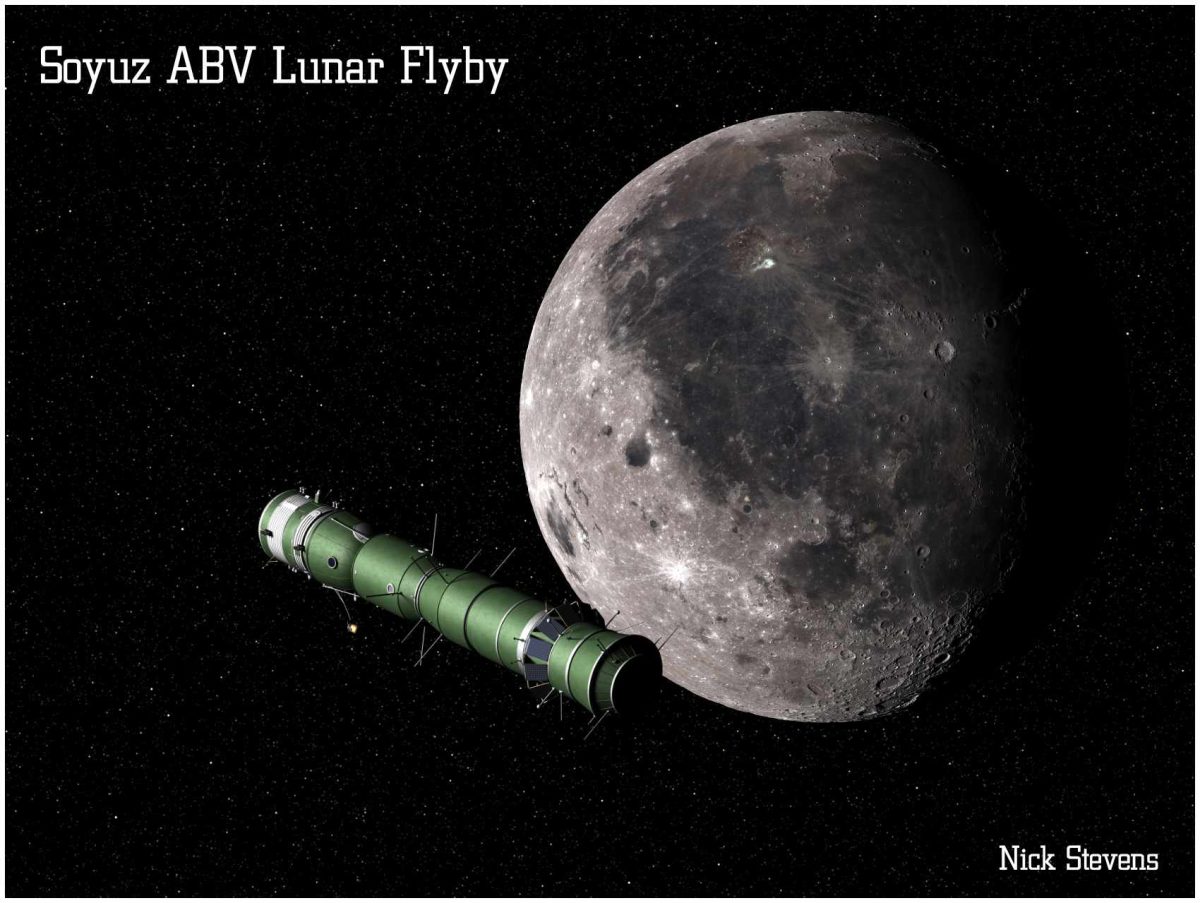