Skylab silently orbits the earth near the twilight of her manned career. This work was inspired by a painting of Apollo-Soyuz by Pamela Lee! Acrylics on 18×24 stretched canvas 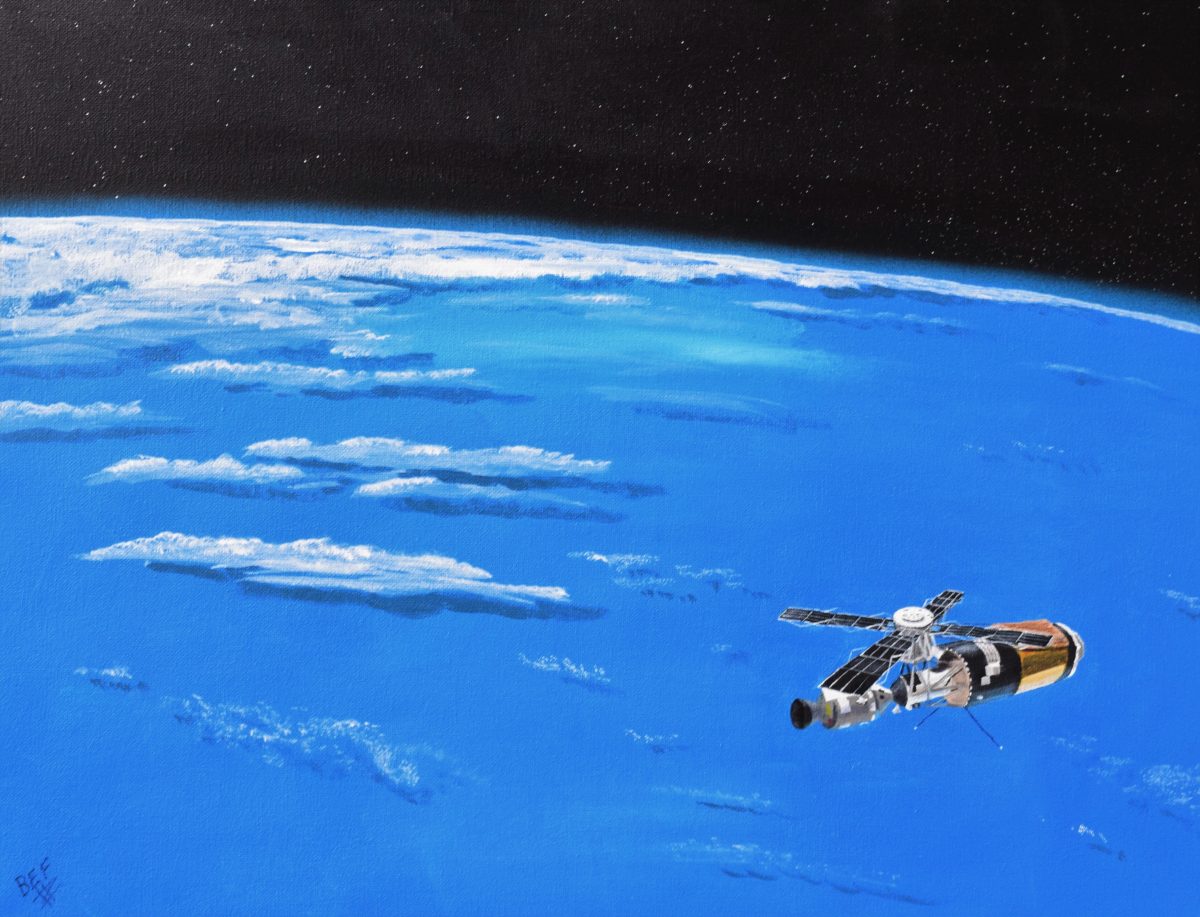