Planets in an exo-solar system look down on the ruins of a long lost civilization on the surface of an ancient moon. Acrylics on 18×24 canvas 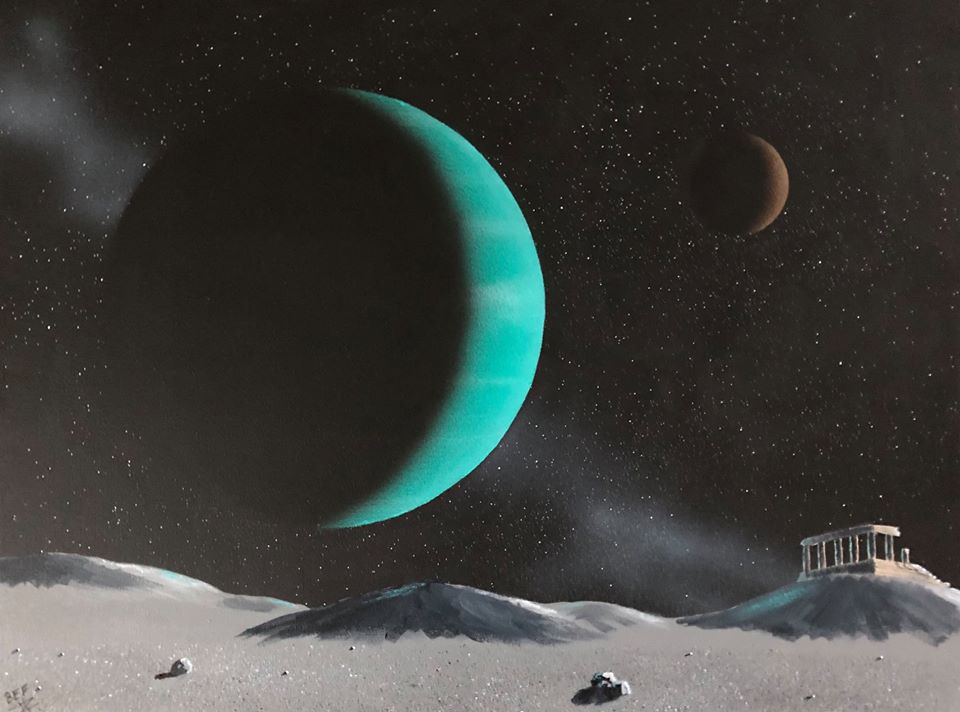