Mixed media on canvas, 21cm x 15cm. Inspired by an image (ESP_012989_1585) taken by the HiRise instrument aboard the Mars Reconnaissance Orbiter. 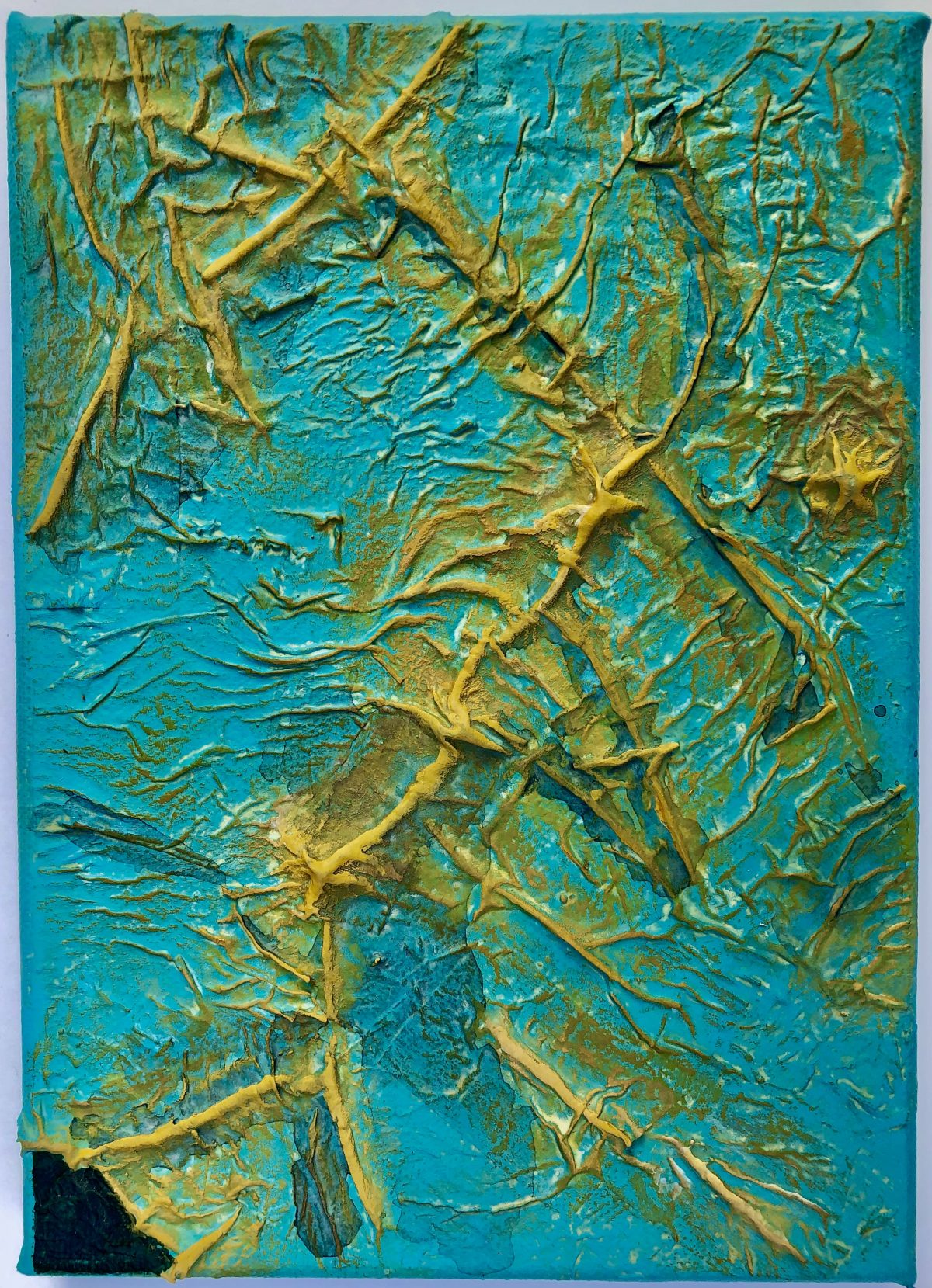