Second in a series of paintings that highlight how far we’ve come. Each painting bookends our journey from explaining the mysteries of the skies through tales of mythological gods to direct observation and analysis using the scientific methods.

Ra was the Egyptian god of the sun and was the king of Egyptian gods. He was seen as the creator of the universe and of life and was often depicted as a man with the head of a falcon.
Ground and space-based telescopes have studied our sun as the principal source of energy for our solar system. This painting shows how a Hydrogen-Alpha (Ha) filter will reveal structural detail and solar flares. 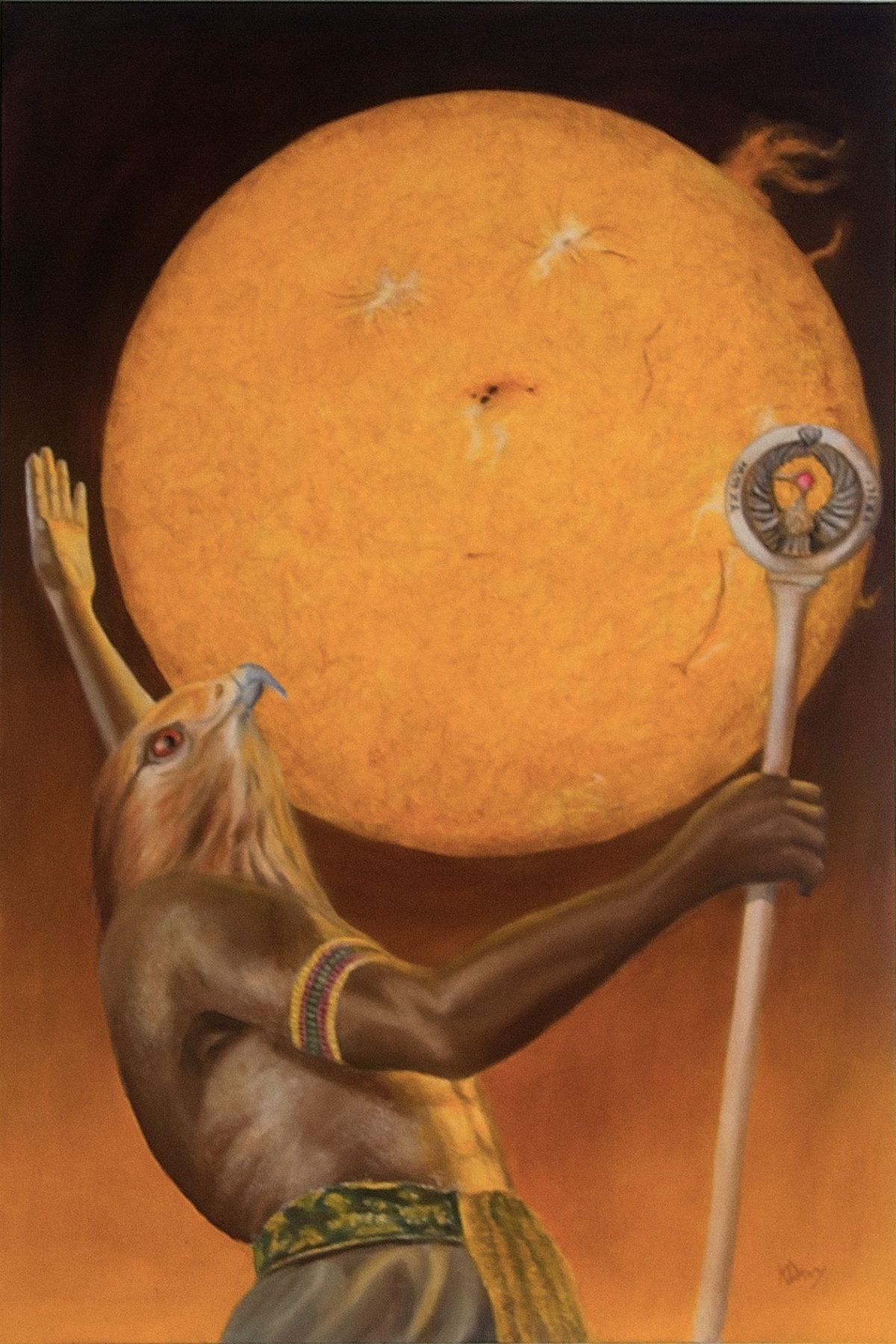 This artwork is copyright © Ken Davy. All rights reserved.