Skip to content
[“Pulsar Embers” – Final version] – The ruins of an ocean-side city on a circumbinary planet pays mute homage to the pulsar left in the wake of a supernova of one of the stars. The planet’s atmosphere was stripped away in the cataclysm, and its surface is now bathed in X-rays from the young pulsar.

Image was created in VUE and GIMP. 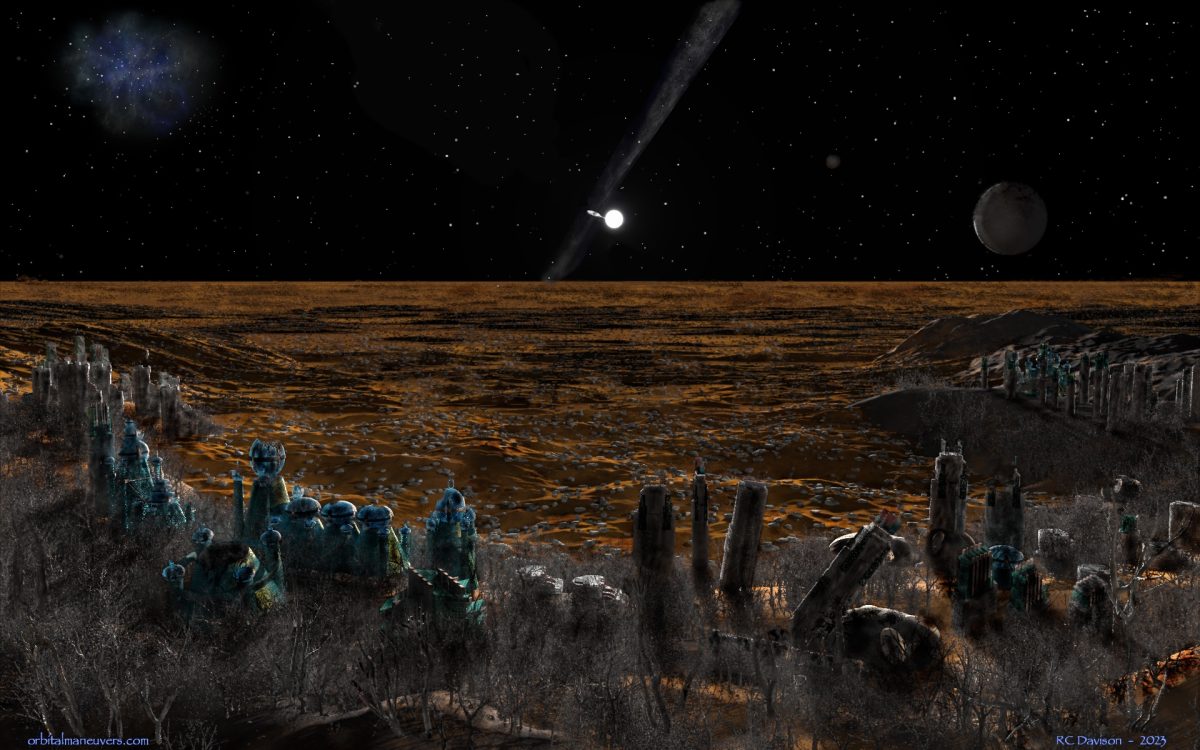