Commonly known as the Seven Sisters, Pleiades, captured using a conventional palette, resembles a misty patch of icy-blue stars due in part to the faint Maia Nebula which surrounds “the sisters”. Only see six sister? The legend of the “Lost Pleiades” harbors a universal theme of lost love. 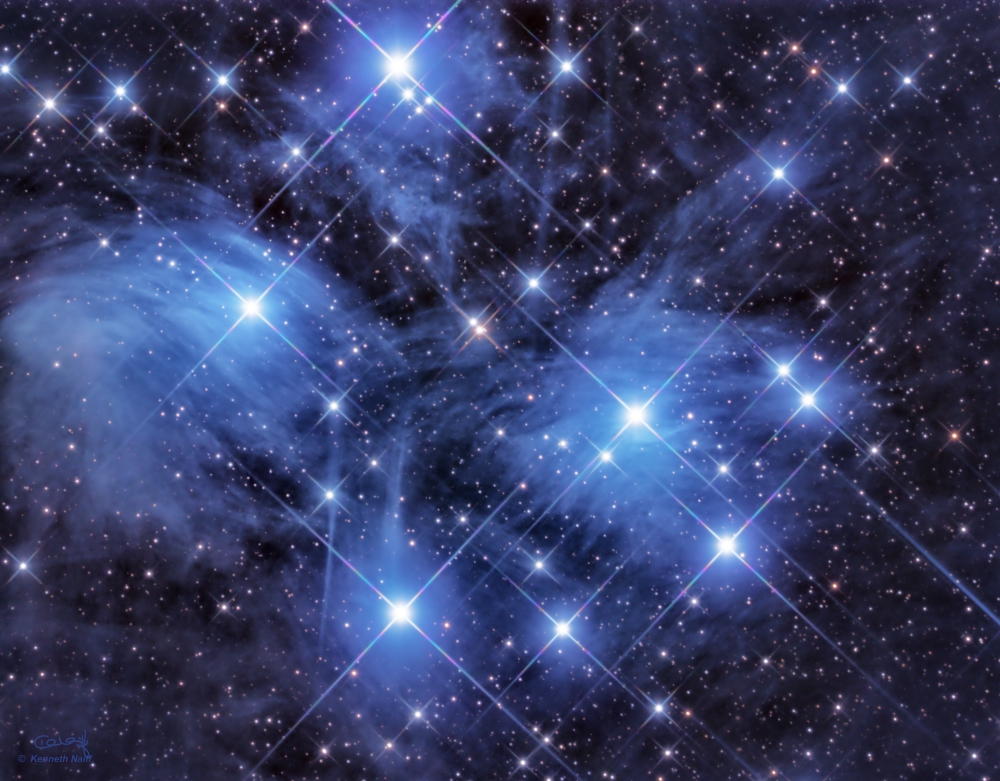