A very simple, very quick, spontaneous finger painting in acrylics, inspired by the idea of a planetary nebula, with a little bit of fine brush work and stars added using the sharp end of a wooden cocktail stick; the central white dot or “white dwarf” in this painting seems to stand out strongly in the centre, as also commented by a couple of customers who saw it hung up in my framer Richard’s shop… Size of painting: 25.5 x 17.7 cm on acrylic paper pad, dressed in a floating black frame, circle diameter: 16 cm, frame size: 33 x 33 cm. 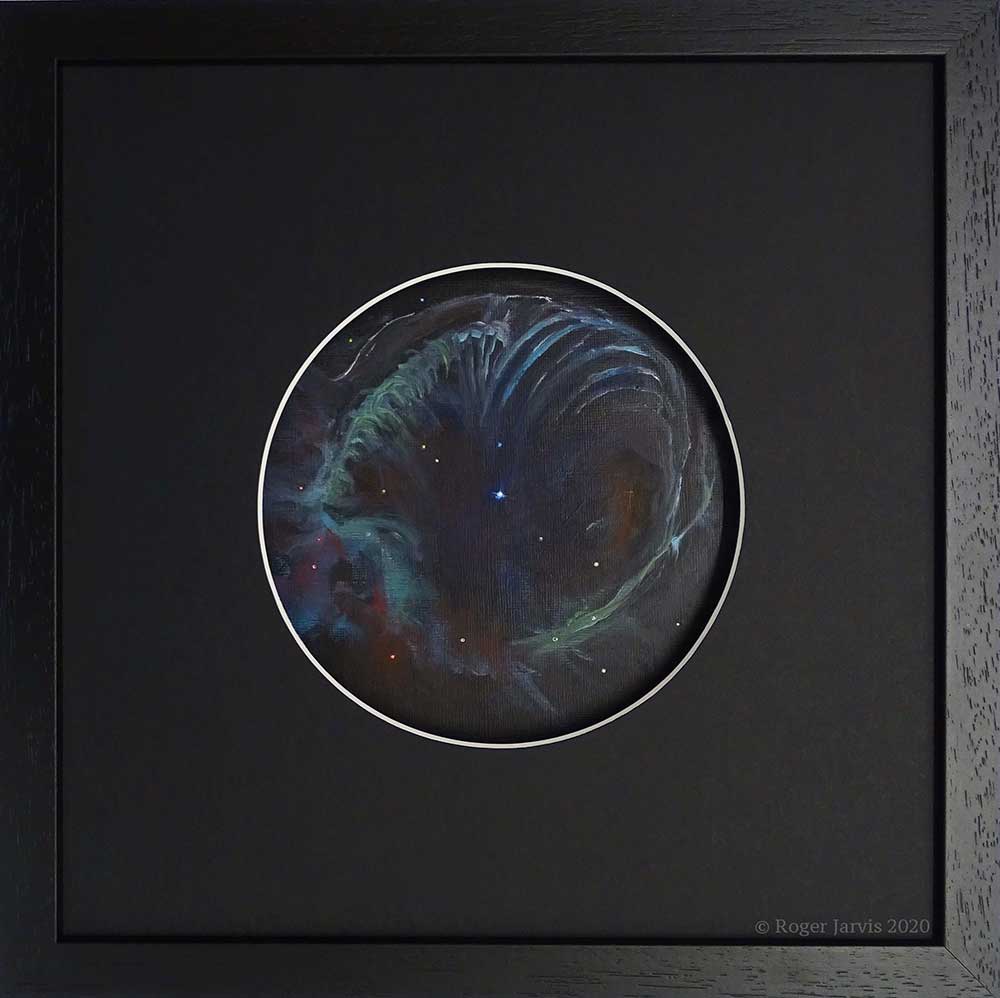