Phases (20 by 20 in. acrylic on canvas) is a painting of the Moon and Venus as observed through my telescope in October 1991. Many of my paintings are derived from my observational sketches and notes. At the time, I was surprised to see both Venus and the Moon in identical phases, but the addition of the Earthglow lighting the nightside of the Moon made this an unforgettable experience. 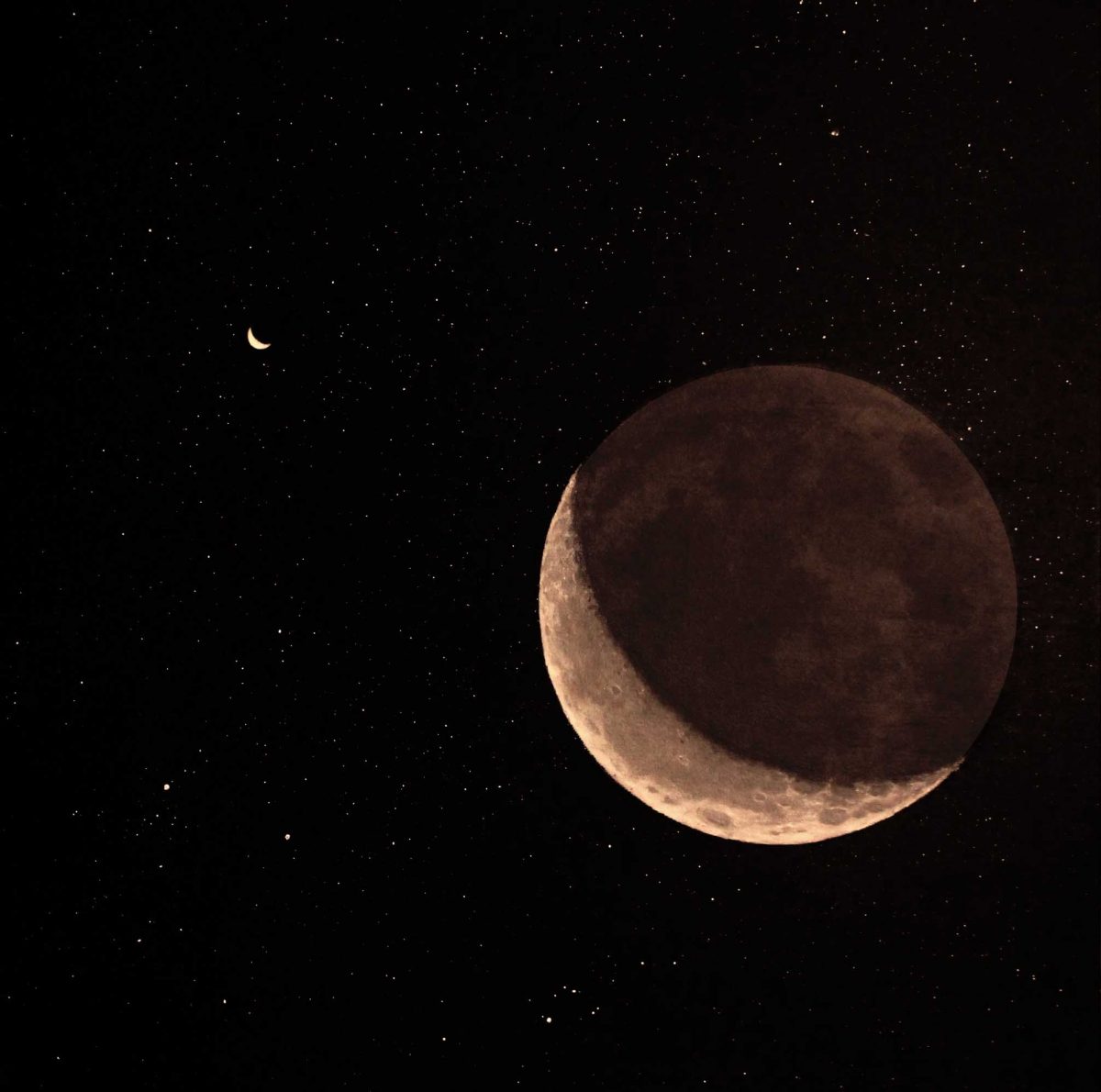