A massive spacescape of the nightsky, which includes the Orion, Running Man, and Horsehead Nebulae. The three “stars” of Orion’s belt are also visable as well as the star Ainitak, which energizes the Horsehead. Captured using a scientific palette, this powerful, turbulent images evokes a sense of mystery and wonder. 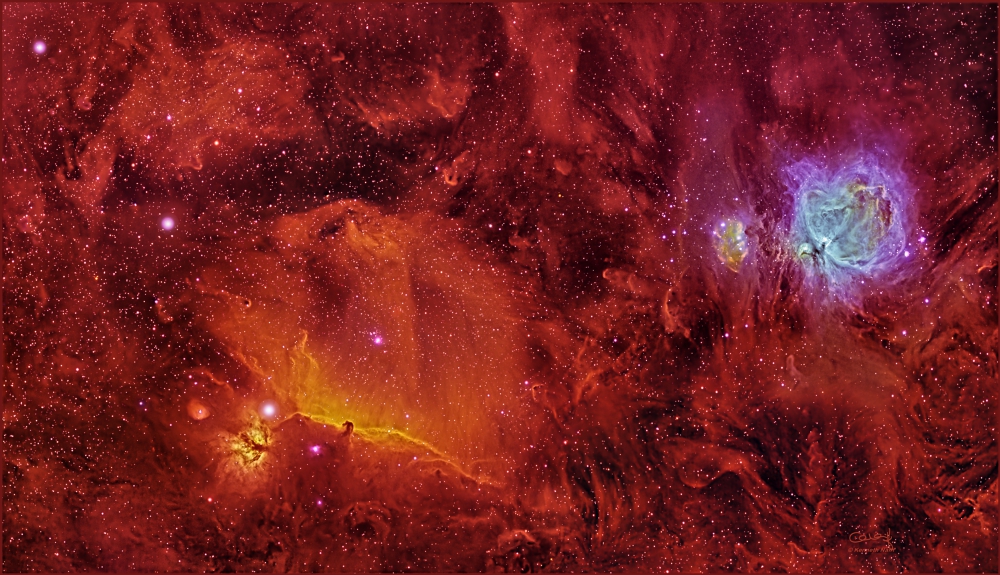