Mixed media on canvas, 30cm x 30cm Reminiscent of the boot imprint image on the Moon of Apollo 11. 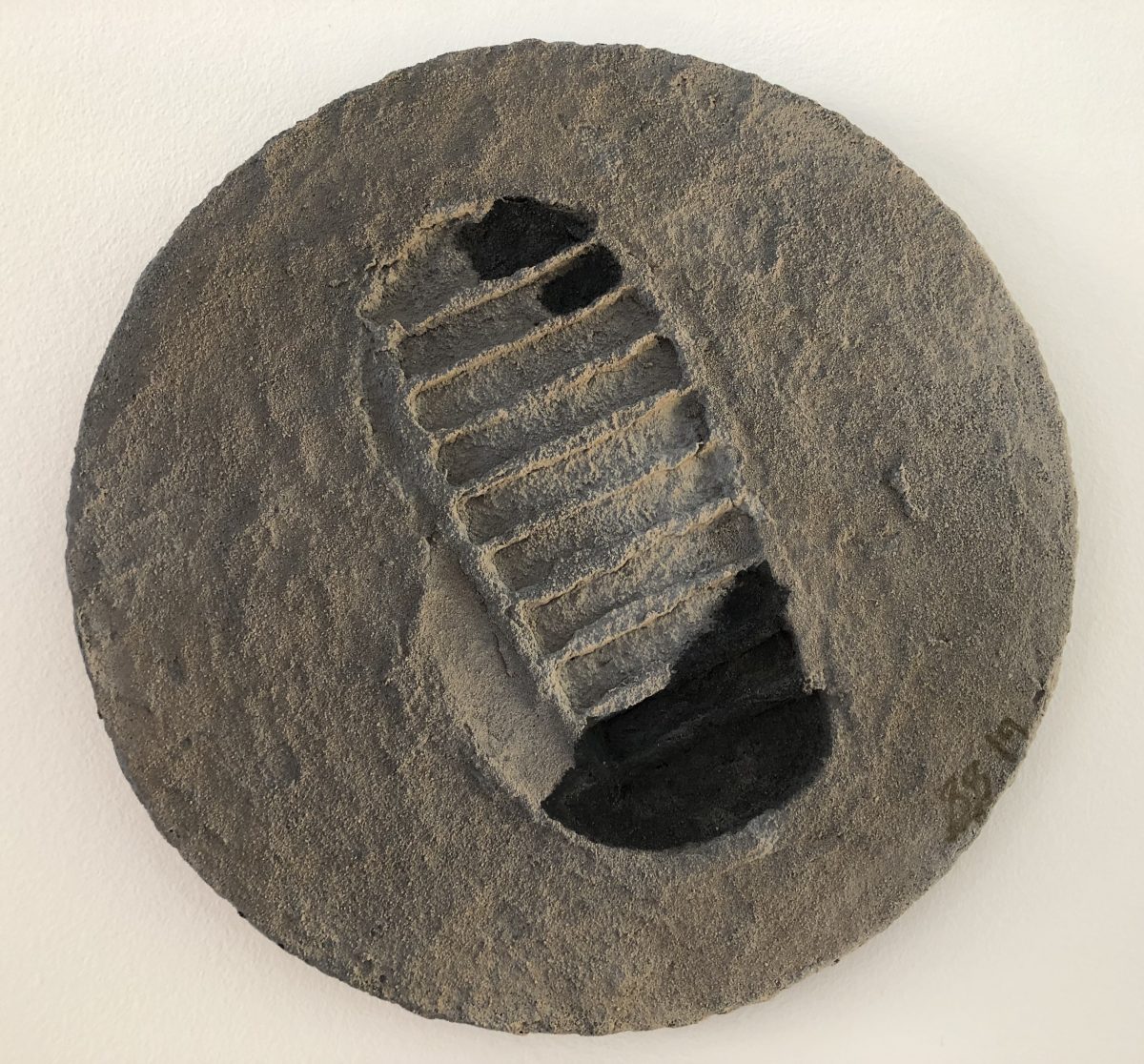