My vision of the Apollo 1 mission in Earth orbit had the tragedy of January 27, 1967 not occurred. Acrylics on 16×20 canvas 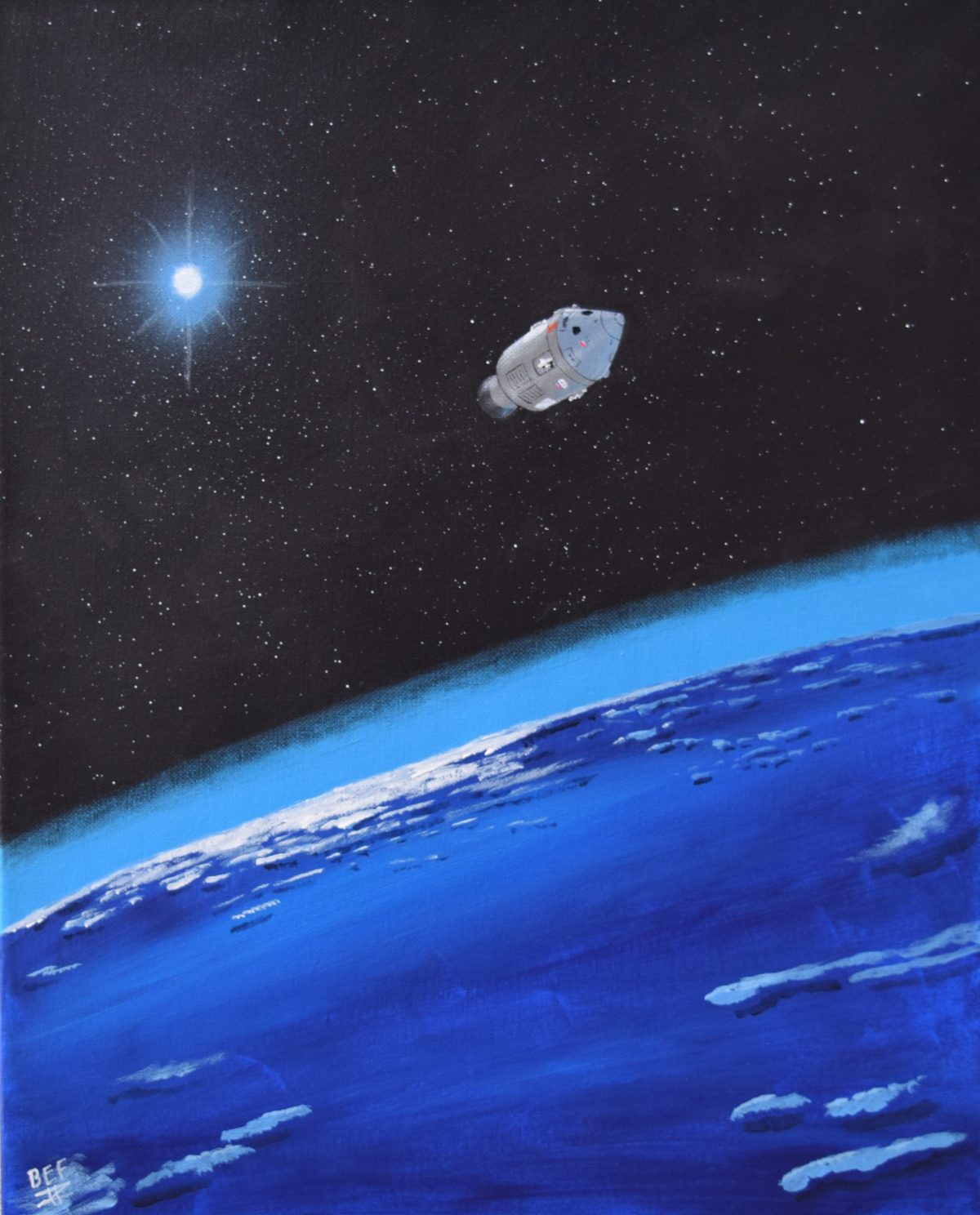