New Horizons approaches Pluto in 2015. Charon looms behind Pluto, while smaller moonlet Nix is at lower right. Acrylics on 16×20 canvas 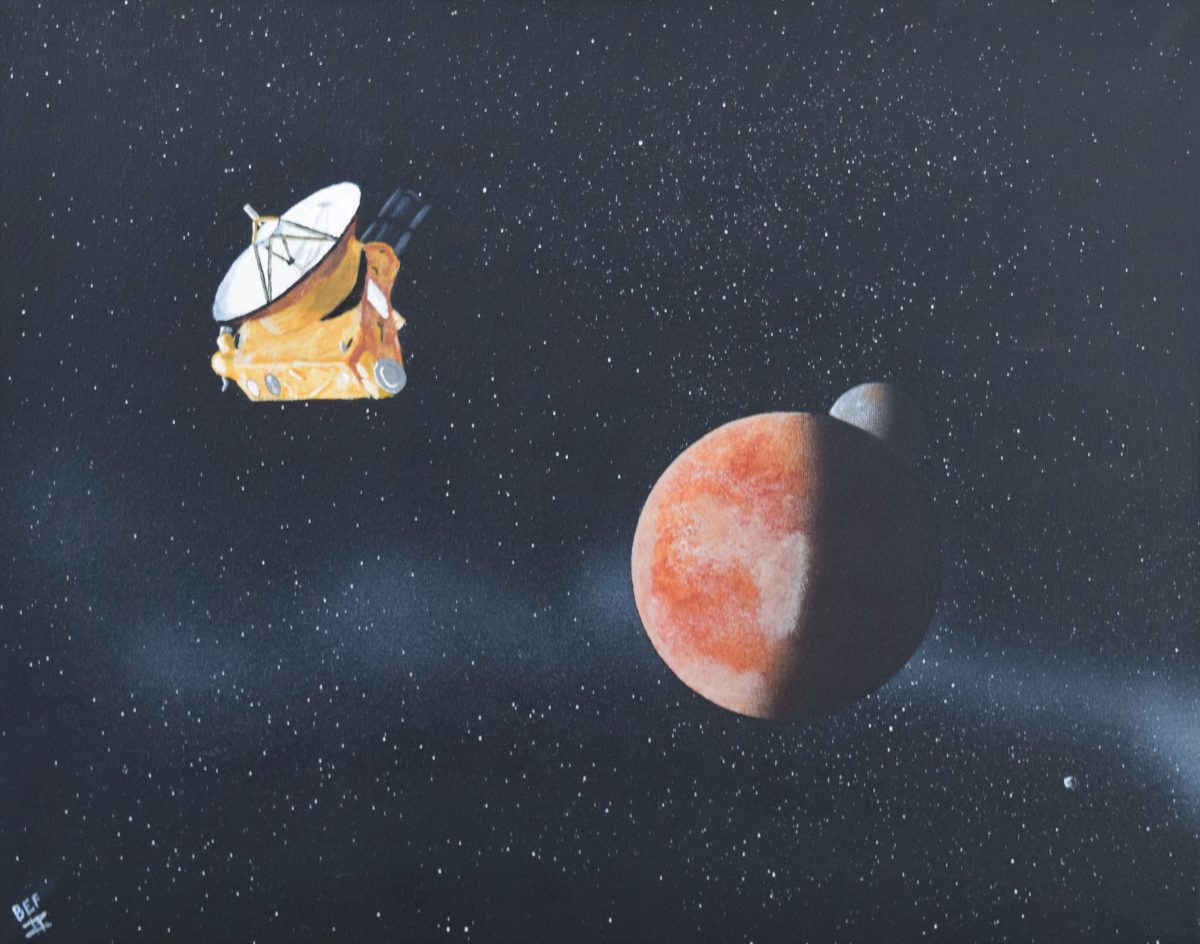