Digital artwork, Adobe Sketch on iPad Pro with iPencil. I started sketching an idea which quickly took over with a life of its’ own. I wanted to communicate the connection between ancient mythology and modern exploration – the winged Roman god, Mercury, supporting the tiny rocky planet as they both race around in orbit. I used my love of circles to form the figure, the tiny white circle outlines looking like a cross between stars and bubbles as they partially stream out of the figure, dissolving the legend over time and space, eventually to leave only the reality of the planet. 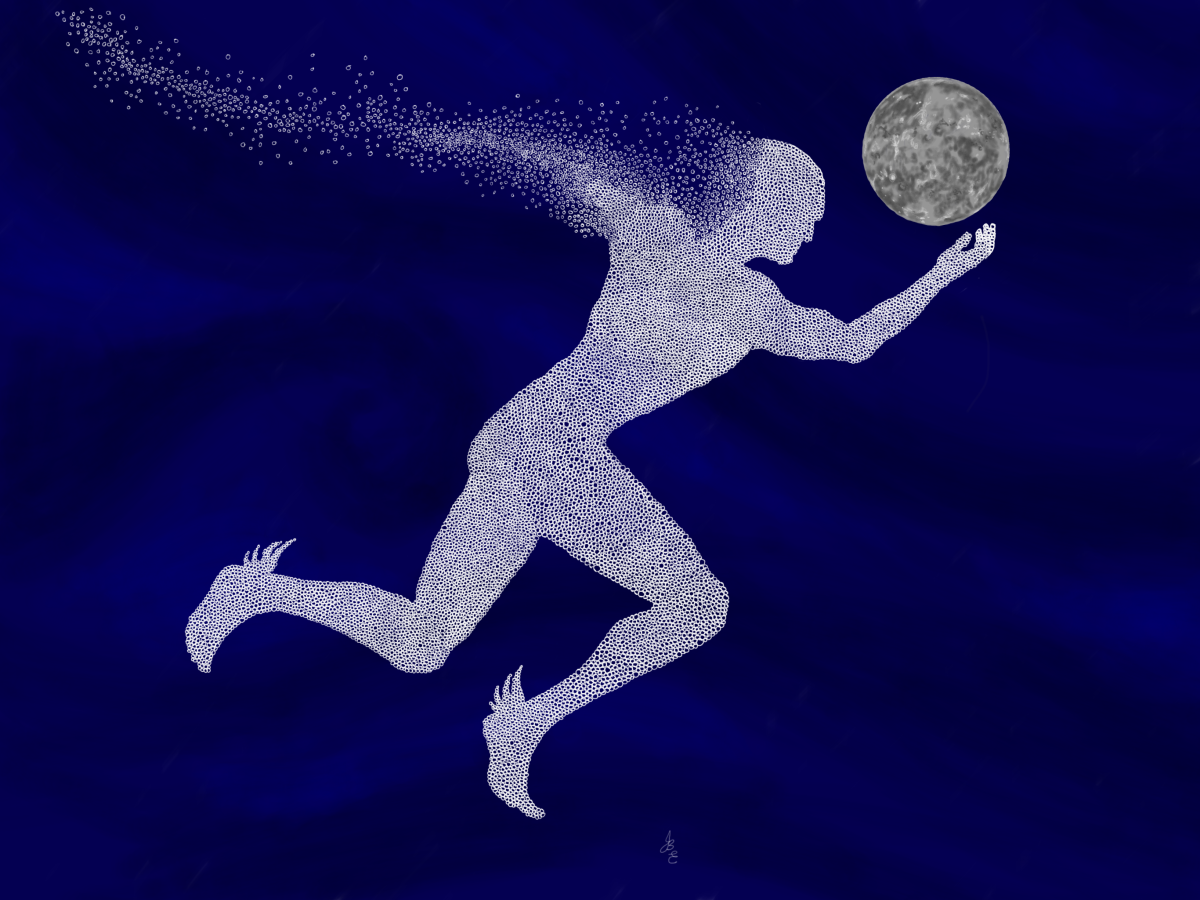 This artwork is copyright © Jackie Burns. All rights reserved.