This is a style frame created in Photoshop for up coming animations on new science results from NASA’s MAVEN spacecraft. 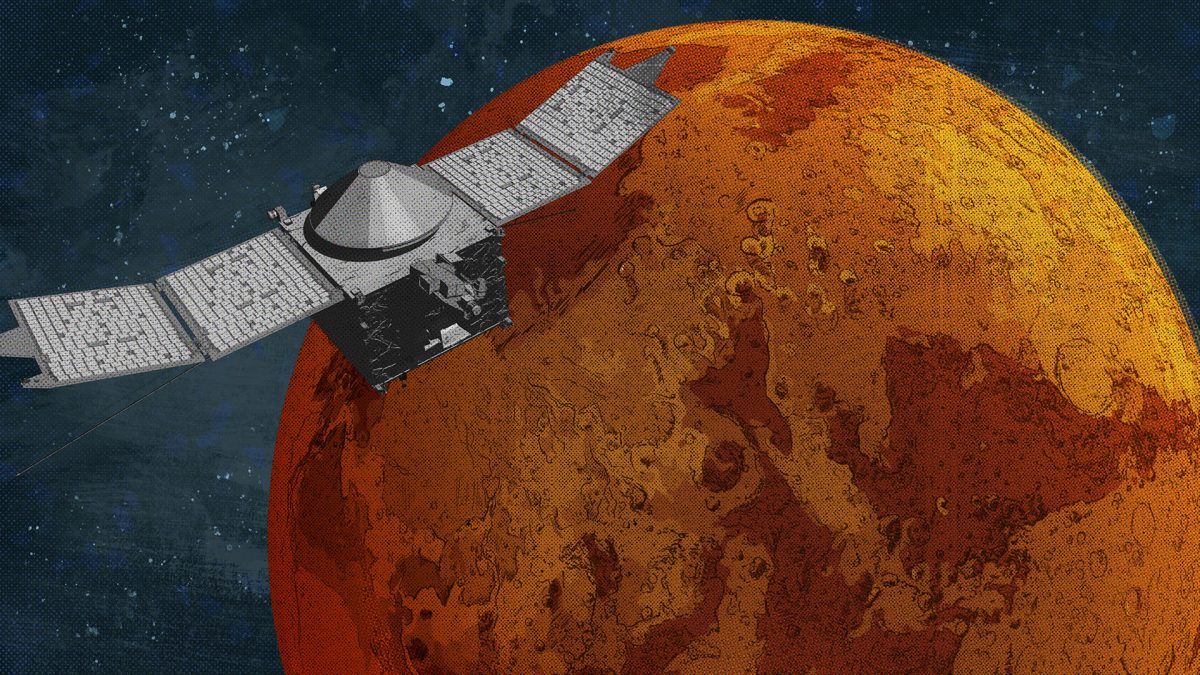 I am the Art Director for the Conceptual Image Lab at the National Aeronautics and Space Administration (NASA) Goddard campus. I provide guidance for the day-to-day creation of art and animation in the lab, with a focus on quality, scientific accuracy, and technical efficiency. I encourage artistic creativity and innovation throughout production, while also ensuring that all lab products maintain a common look and feel and standard of excellence. Under my guidance, the lab has established a new approach for project management, has gained productivity throughout the production pipeline, and has employed new techniques to showcase scientific data and spacecraft. I began my art and animation career in 1992 at the National Geographic Society, within the Television Art Department. I worked for and was mentored by a multi-Emmy Award winning Art Director for 10 years. In that position, I became an accomplished Artist and Animator, developing visual elements for hundreds of projects. My work was featured in many Emmy Award winning shows, such as National Geographic 'Explorer' and 'Specials'. While at National Geographic Television, I collaborated with the Cartographic Division and the Jet Propulsion Laboratory to help produce a satellite image of the Earth. This image was used in National Geographic Television Productions and the 7th Edition National Geographic Atlas. I was also responsible for transitioning the Art Department into a fully functioning digitally-based production studio. Following National Geographic Television, I owned my own Animation business from 2002 to 2010. During that time he created a wide-range of art and animation for clients such as: Discovery Channel, Smithsonian Channel, Animal Planet, National Geographic Channel, PBS, History Channel and NASA. I have held a life-long appreciation of art and science. I began painting in the late 1990s, with a focus on science-related themes and visuals. Over the years, I have honed an abstract artistic style with the use of paints and other mixed media. In 2016, his work titled "Into the Void" was used as an album cover for the Canadian band "Decoded Feedback." In 2006, "Theme from a Dream" and 2 other works were featured in the DC Art Expo. In 2005, Michael exhibited a piece titled "Progression I-IV," using mixed media and expandable urethane foam that was shown at the DC Art Center in the 2x2 show. Go to the artist's portfolio

This artwork is copyright © Michael Lentz. All rights reserved.