The digital illustration Mars is in Our DNA considers two aspects of human exploration of Mars. First, as dictated by our genetics, we follow an instinctual urge to explore, with exploration of Mars being an inevitable result. Secondly, future discoveries on Mars may reveal evidence of previous life that could have seeded Earth. In this case, Mars would quite literally be in our DNA. 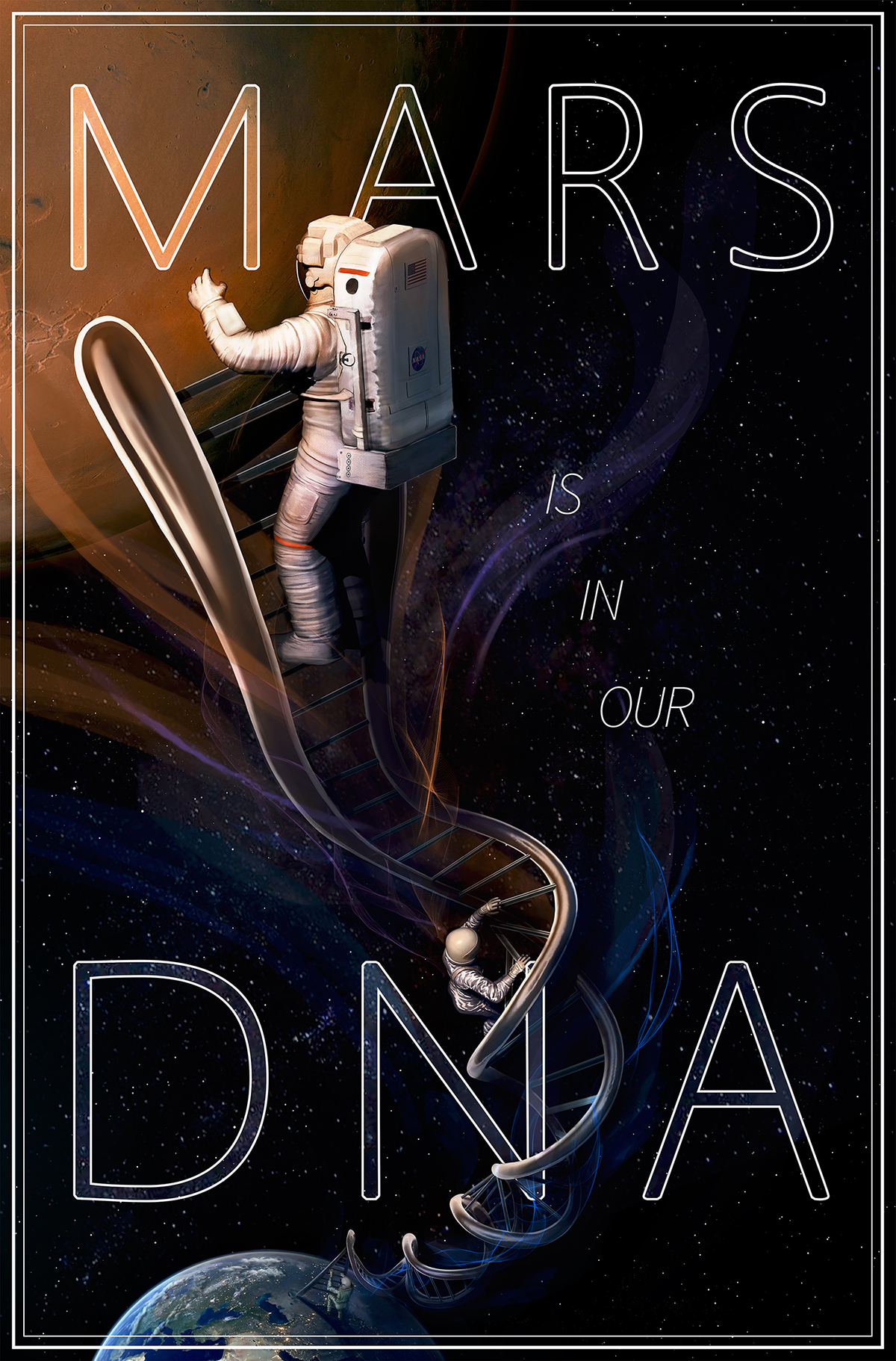 Working from her studio in Michigan, scientific illustrator Adrianna Allen creates visuals aimed to inspire curiosity and promote science literacy. Her work has been featured in publications such as The Planetary Report and adAstra Magazine, and has been exhibited at National Geographic HQ, Lowell Observatory, and Kennedy Space Center. Through a combination of science and art, she strives to inspire everyone’s interest in the investigation of the cosmos… from genetics to galaxies! Go to the artist's portfolio

This artwork is copyright © Adrianna Allen. All rights reserved.