Based on Kelt-9b, this gas giant sits in a 36-hour polar orbit of its blue star and has itself become hotter than some lower-mass stars – hot enough that even atomic neutral and ionized iron and ionized titanium can be found in the atmosphere. Bloated from the heat, a comet-like stream of material escapes the planet, stripped away by the winds of it’s primary. I wanted to capture roughly a visible-light image, and decided the best way to do that was to eclipse the star, leaving it’s corona visible but not downing out the planet and its tail. 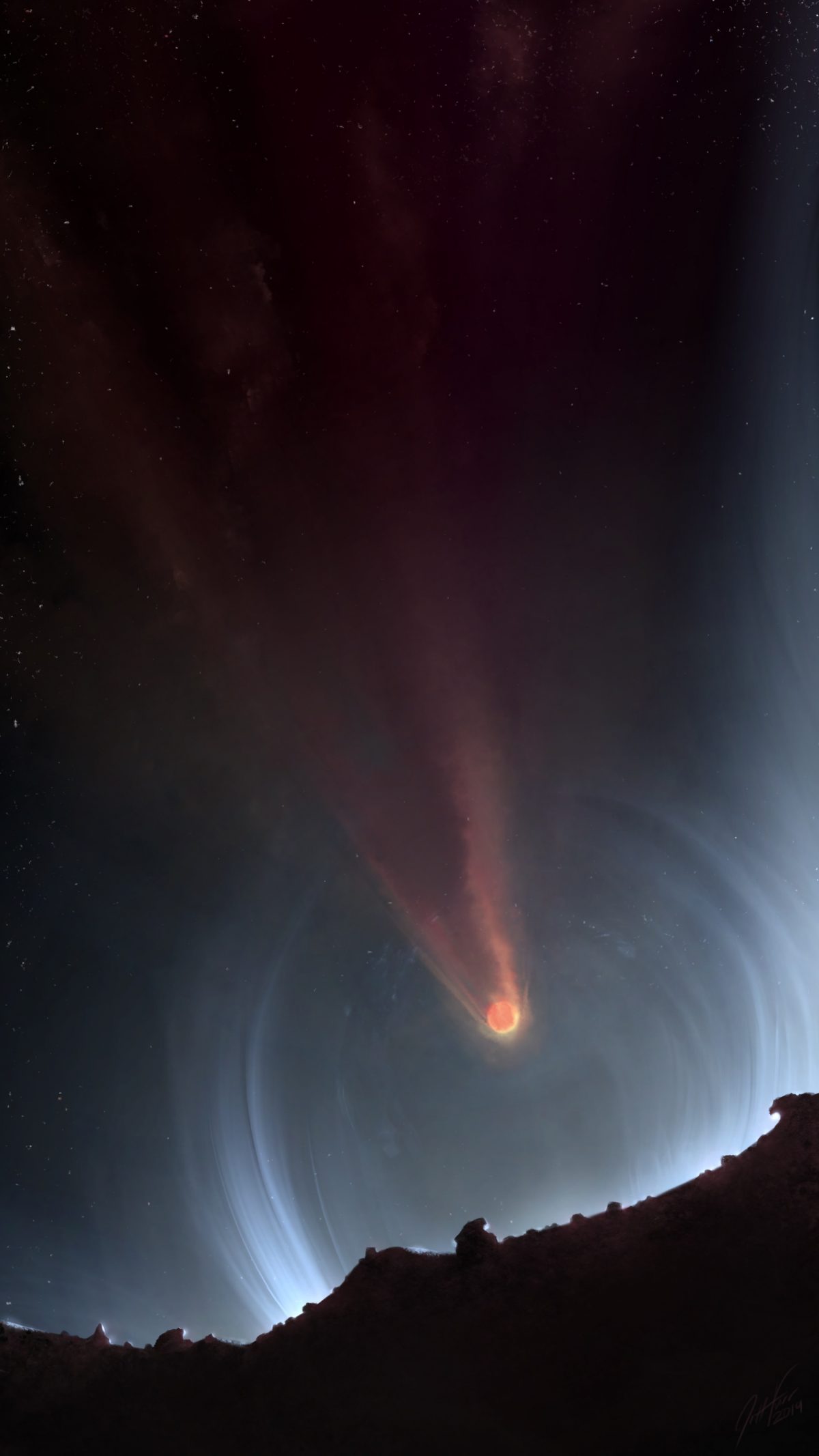