Hey, neighbor! Andromeda, our Milky Way, and Triangulum are part of the Local Group that also contains a number of smaller galaxies. Andromeda, a one trillion star spiral galaxy, captured using a conventional palette will collide with us in 4-5 billion years. Tickets, anyone? 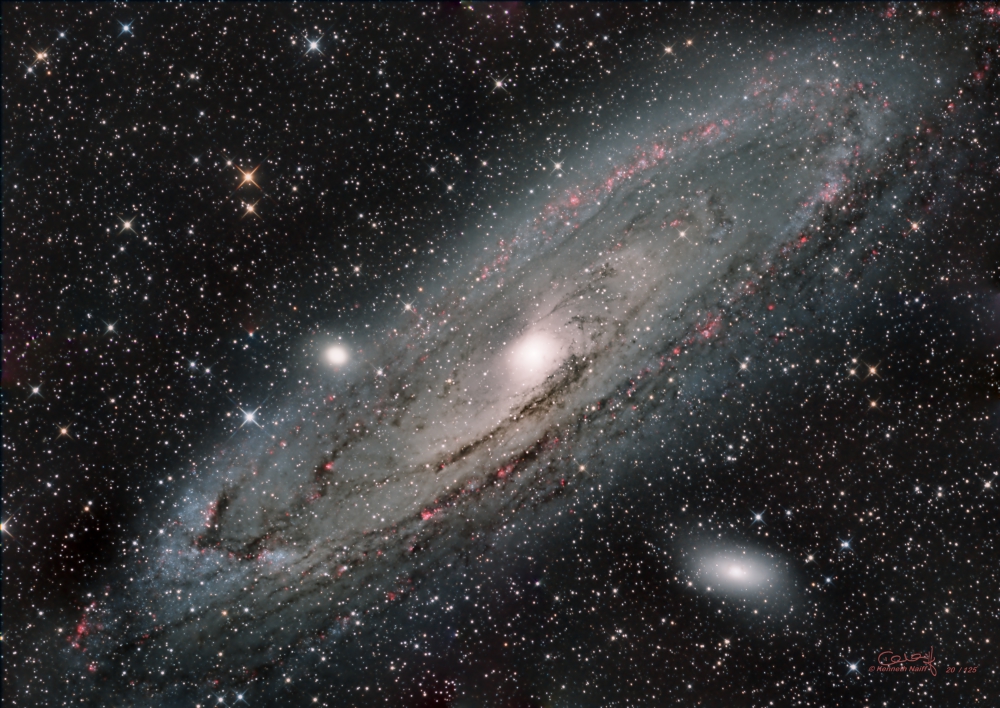