Hawaii was our first space art workshop, even before the advent of the IAAA. It was held near the summit of Kilauea crater, an active volcano on the “Big Island” of Hawaii. Near the edge of Kilauea Iki, a crater formed during an eruption in the early 60s, was our HQ, Magma House. It was an old wartime CCC camp, a t-shaped house-dorm, with sleeping quarters for 30 or more people, in dingy, smelly, slightly damp bunk-beds, in two separate rooms (boys & girls). Bathrooms and showers were in-between.

Magma House also had complete kitchen facilities, a “den” with fireplace, a laundry, and a workroom where we all set up our paints and easels. There was also a paved basketball court outside for recreation. We had hired a local cook, Chris, who prepared our meals; many local-flavored delights, such as apple-papaya pie, ahi (skipjack tuna) with ginger sauce, fish-stuffed bell peppers, and a flavorful, but pungent fish stew.
The house was in a Hawaiian forest of Ohia trees, and a rented Chevy van waited in the driveway to take us to picturesque and planetary spots on the island. We were to hang a space art exhibit at the Volcano Art Center, a local gallery near the park visitor’s center, so everyone brought along a few finished paintings, which we would later embellish with those done-on site at the workshop.

This workshop encompassed two full weeks with three weekends. Plenty of time to get our fill of painting, Hawaii, and each other.

Workshop Song (By Marilynn Flynn)
(to be sung to the tune of Mr. Sandman)

Dr. Hartmann,
It’s been a scream.
The lava crater’s the best we have seen,
And though we missed the magma flowing,
We’re leaving Iki with our hearts a-glowing!

Dr. Hartmann,
Give us a brush,
And keep us safe from the lava slush,
We can capture any scene,
Dr. Hartmann, it’s been a dream.

Dr. Hartmann,
Kilauea is keen,
Where the Ohias are growing so green,
Except for fish stew and picture stops,
It’s been a winner of a Space Art Workshop!

Dr. Hartmann,
We won’t lead you on.
No more posed pictures of us from now on.
But we’ll be back with Alan Bean.
Dr. Hartmann, really,
We mean it dearly,
Dr. Hartmann, it’s been a dream… 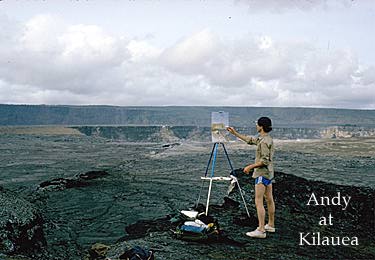 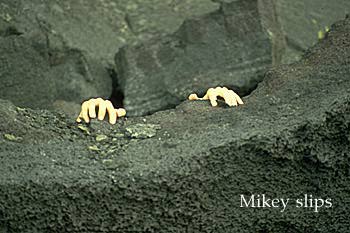 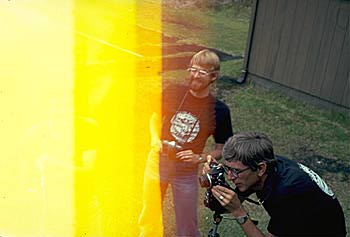 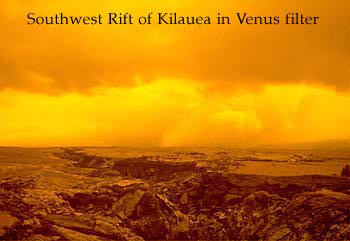