*bzzzzzzzt!* “Good morning, Copernicus and all spacecraft buzzing about the Earth! After the false start during the spring when unexpected carbon compounds were found on the previous asteroid, mining has officially begun for the first time on a second asteroid moved into orbit at L4! Being autumn in Earth’s northern hemisphere on top of that has proven as good a reason as any for Copernicus City to host its first annual harvest festival! If your moon-bound this week, check out displays and food stalls from harvest festivals the world over! I myself will be off find the nearest place with honeycakes, but first it’s Tycho Transmitter’s Trivia Time! Annoying Alliterative as Always!” *bzzzt* —— I wanted to try making a painting that looks like a very long focal length lens view of mining operations at the Earth-Moon L4 point. I ended up probably fudging the blur a bit considering the sheer distances involved, but keeping the scene clear was important too, so… eh? Originally it was just the ship and mid ground asteroid against the moon backdrop, but it didn’t draw the eye in well. So the foreground and the idea of a previous asteroid having mining stoped before it could start so biologists and geologists could scurry about a surprising find of carbon-flavored stuff was born. Maybe it’s the same pair that turn up at the Galilean moons later and they’re listening to the Tycho broadcast while working? 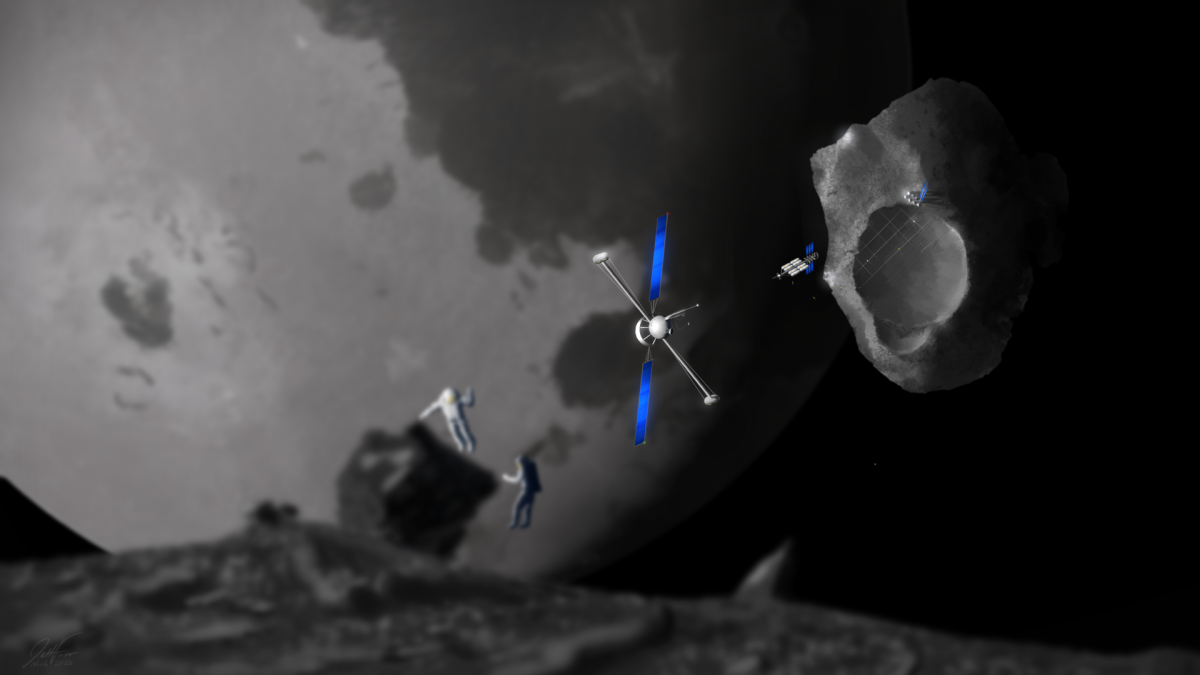