A distant, waterless world with a spiral galaxy gracing its night sky. This was a collaboration of sorts, as the galaxy was contributed (unwittingly) by my oldest son. 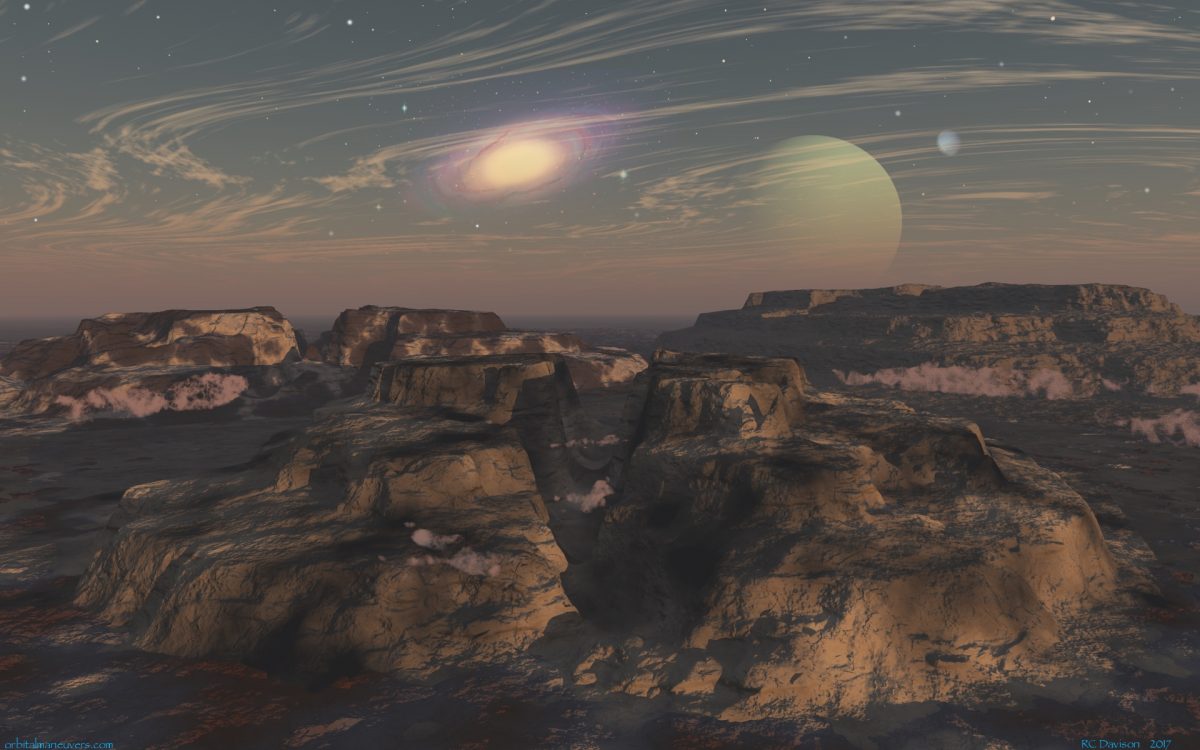