I initially wanted to do an image of a snow-covered planet on the fringe of the habitable zone, but when I had the terrain, sky and accompanying celestial objects in place I found it rather lifeless. So I added some life! The end result is a snowy moon orbiting a ringed planet in a binary star system that has great skiing but lousy swimming! 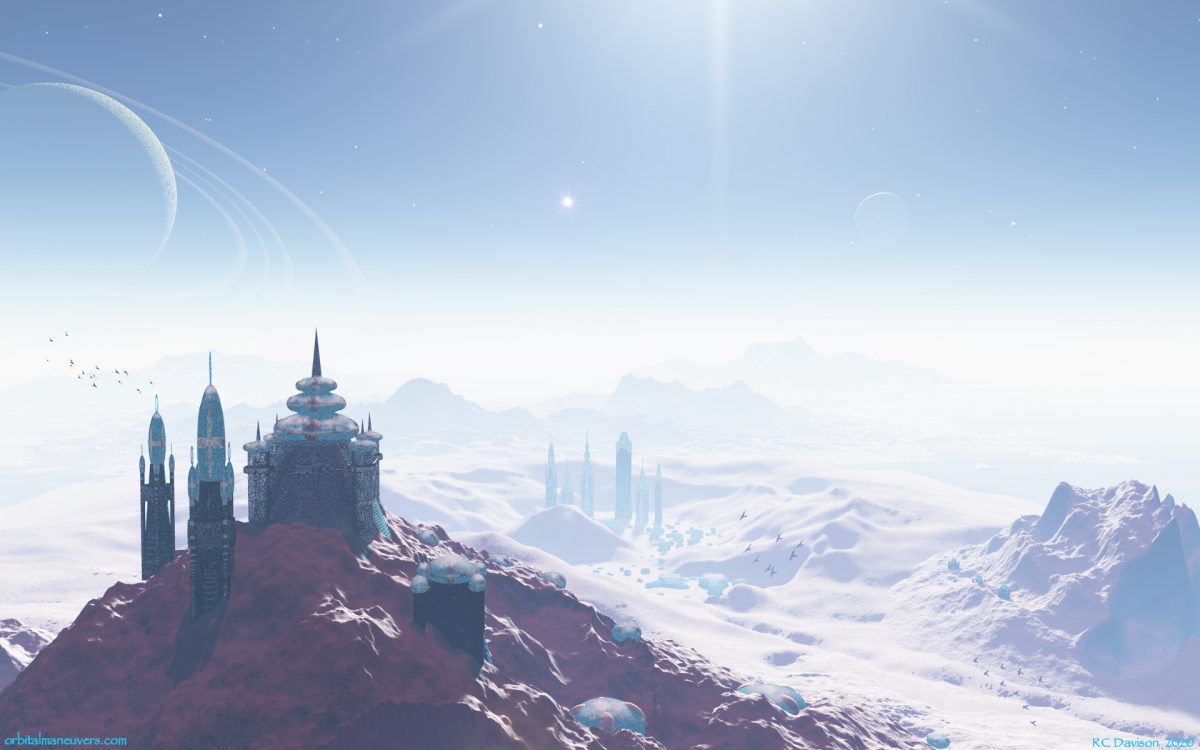