The X-15 program run by NASA and the USAF had proven by 1963 that a reusable hypersonic low orbit capable rocket plane was possible and even potentially routine. On July 19th, 1963 on the first official spaceflight of a spaceplane in aviation history, veteran NASA test pilot Joe Walker took the X-15-3 on a 12 minute flight to a peak altitude of 106.01km, experiencing 3-5 minutes of weightlessness and subsequently 5g upon re-entry. It wasn’t until a 2005 ceremony at the White House that Joe Walker was posthumously awarded astronaut’s wings. 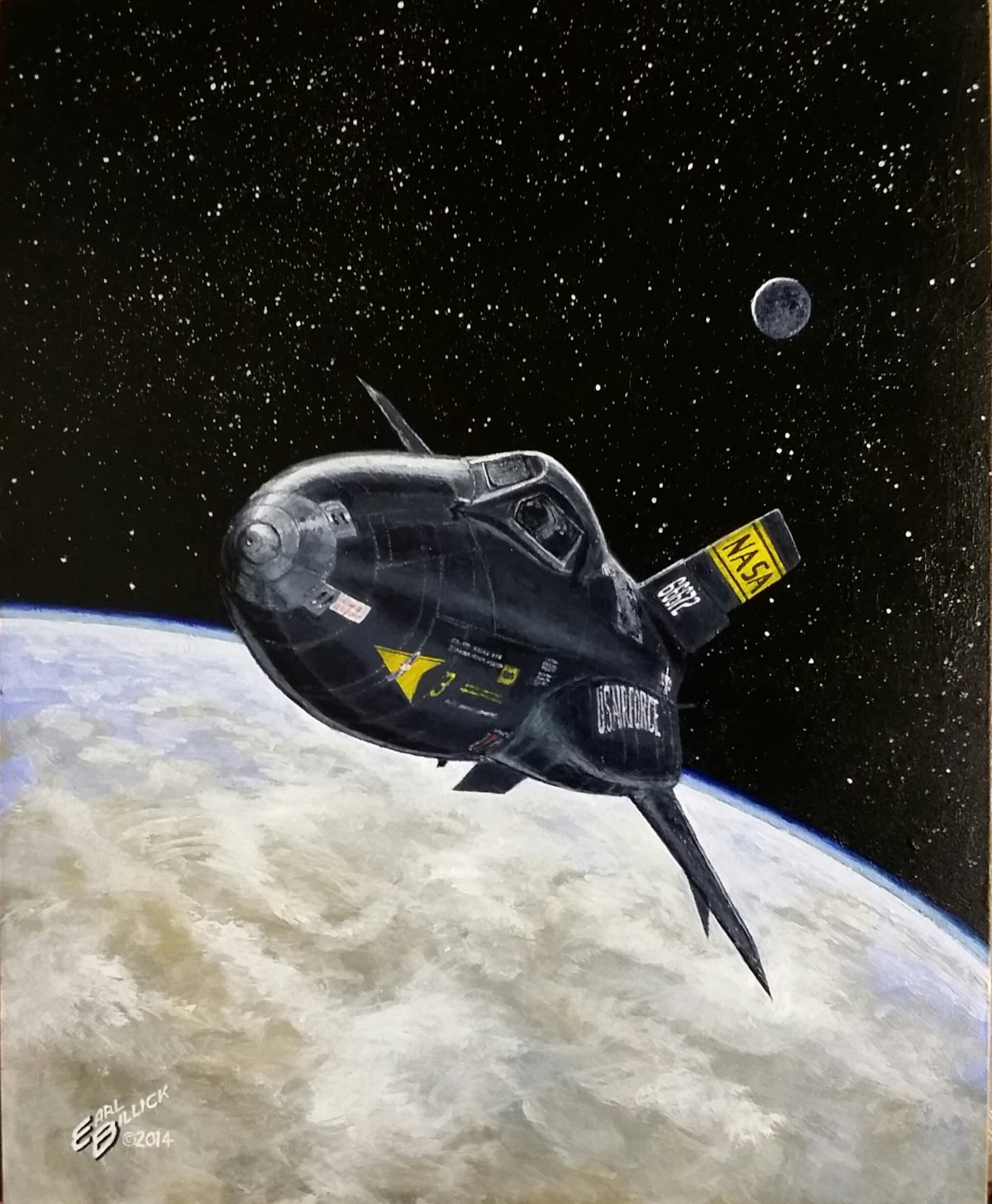 Earl Billick is a native and resident of Tucson, Arizona (considered by many to be the astronomy capitol of the U.S.) An Artist member of the International Association of Astronomical Artist and the Association of Science Fiction and Fantasy Artists. His lifelong passion for aerospace, science and astronomy, along with his interest in the speculative and fantastic, are evident in many of his creations and designs. Earl works in many mediums including acrylic and oil painting, inks, graphite, digital media and sculpture. Earl’s artistic inspirations include Chesley Bonestell, Kim Poor, N.C. Wyeth, Robert McCall, Syd Mead, Chris Foss, Peter Elson, Alicia Austin, Liz Danforth, Charles Vess, and Vincent DiFate. Go to the artist's portfolio

This artwork is copyright © Earl Billick. All rights reserved.