Proposed 2024 mission to Jupiter’s moon Europa. Io is in front of Jupiter’s darkside. Acrylics on 18×24 canvas 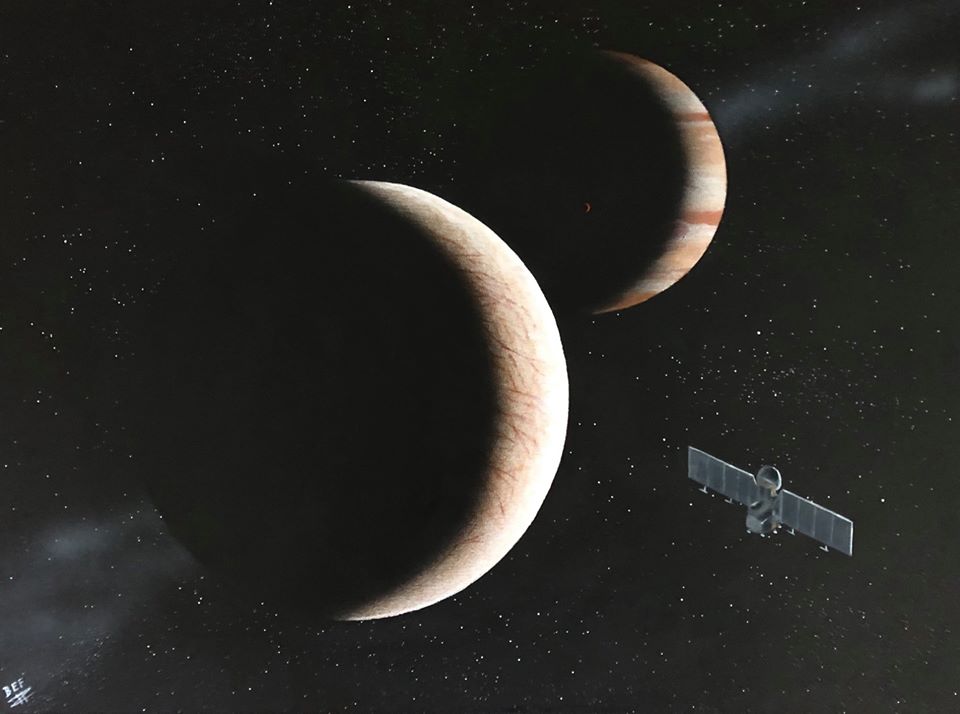