Watercolour on watercolour paper, then mounted on canvas, 30cm x 30cm. Inspired by an image taken by the crew of Apollo 11, reminiscent of the similar image take by the Apollo 8 crew on Christmas Eve, 1968. 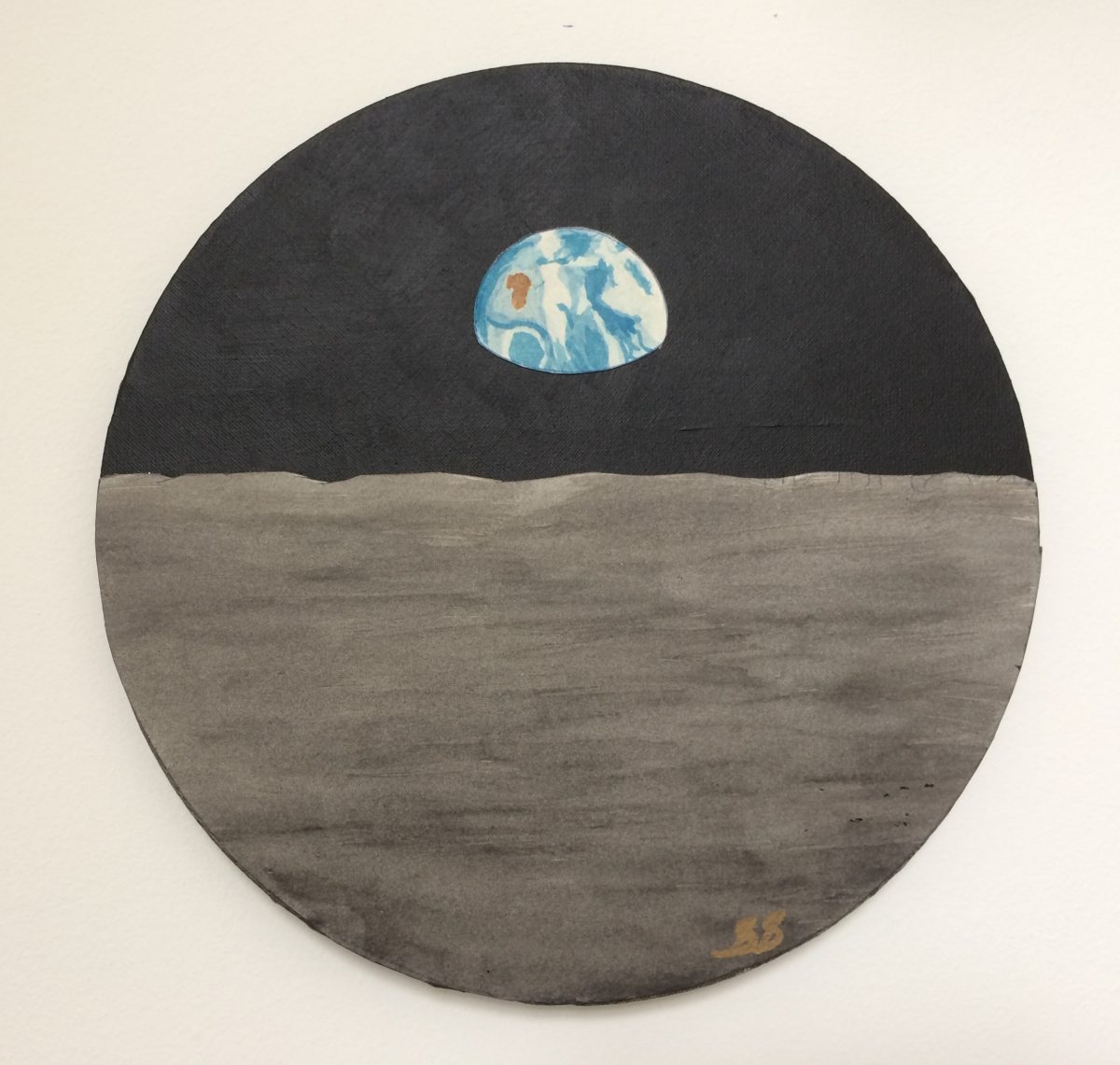