The new mission to Venus, DAVINCI. This image shows the probe descending through the atmosphere above the Alpha Regio region of Venus. The probe will be taking measurements and images as it travels to the surface. The image was created using Maya, Gaea, Substance and Photoshop. 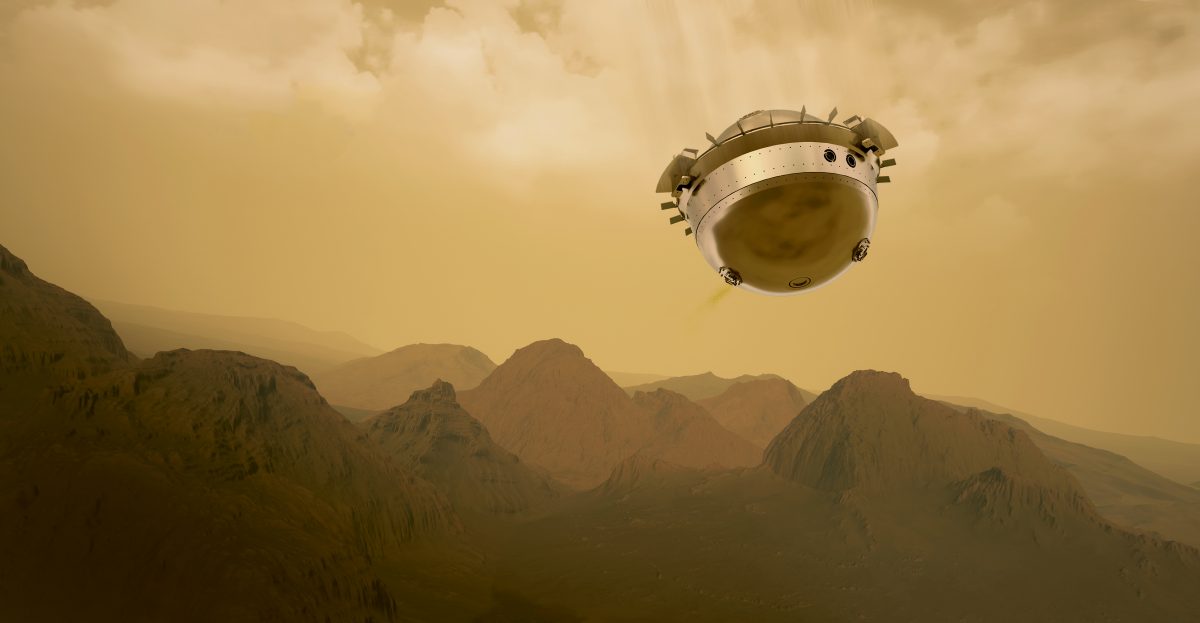 This artwork is copyright © Michael Lentz. All rights reserved.