This painting has been on my easel a long time. I finally have it to the point where I think I like it. I’m interested in what others have to say, although I doubt there is much I can change at this point. It has been pretty much reworked, and maybe I should just let it be. Cold Fire – An extrasolar planetary system consisting of a Gas Giant, a Water World, and several moons, and a nearby companion star with a planetary system in transit, and a comet. A nova remnant fills the background sky. The entire system is viewed from an ice cave on the surface of one of the moons. The light source for the planetary system is a star above and behind the observer and to the left. 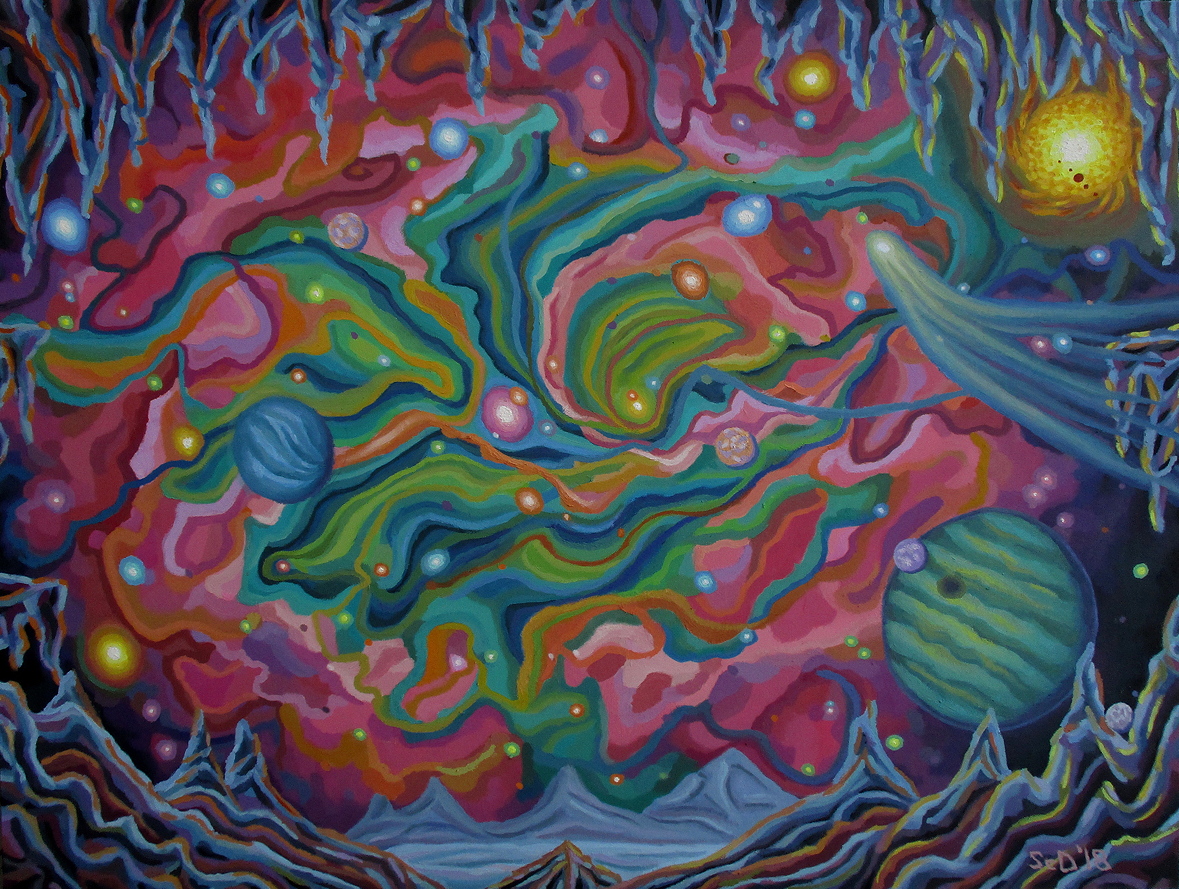 This artwork is copyright © Samuel Dietze. All rights reserved.