A giant blue star, much more massive than our Sun, has consumed, through nuclear fusion at its center, all its hydrogen, helium, and heavier elements up to iron. It now has a small iron core (red dot) at its center. Unlike the earlier stages of fusion, the fusion of iron atoms absorbs, rather than releases, energy. The fusion-released energy that has held up the star against its own weight now is gone, and the star will quickly collapse, triggering a supernova explosion.

The collapse has begun, producing a superdense neutron star with a strong magnetic field at its center (inset). The neutron star, though containing about 1.5 times the mass of the Sun, is only about the size of Manhattan.

The supernova explosion has ejected a fast-moving shell of debris outward into interstellar space. At this stage, the debris shell is dense enough to shroud from view any radio waves coming from the region of the neutron star. As the shell of explosion debris expands over a few decades, it becomes less dense and eventually becomes thin enough that radio waves from inside can escape. This allowed observations by the VLA Sky Survey to detect bright radio emission created as the rapidly spinning neutron star’s powerful magnetic field sweeps through the surrounding space, accelerating charged particles. This phenomenon is called a pulsar wind nebula. 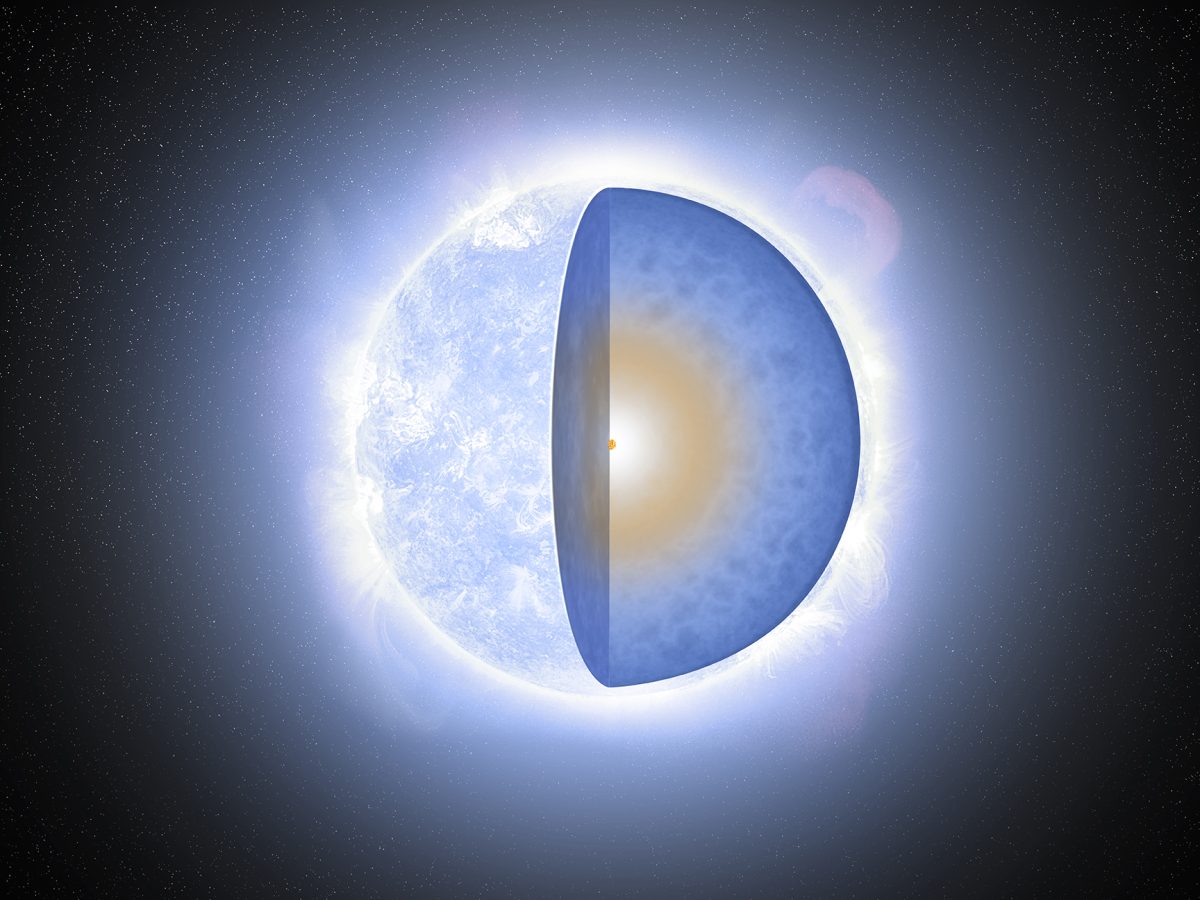 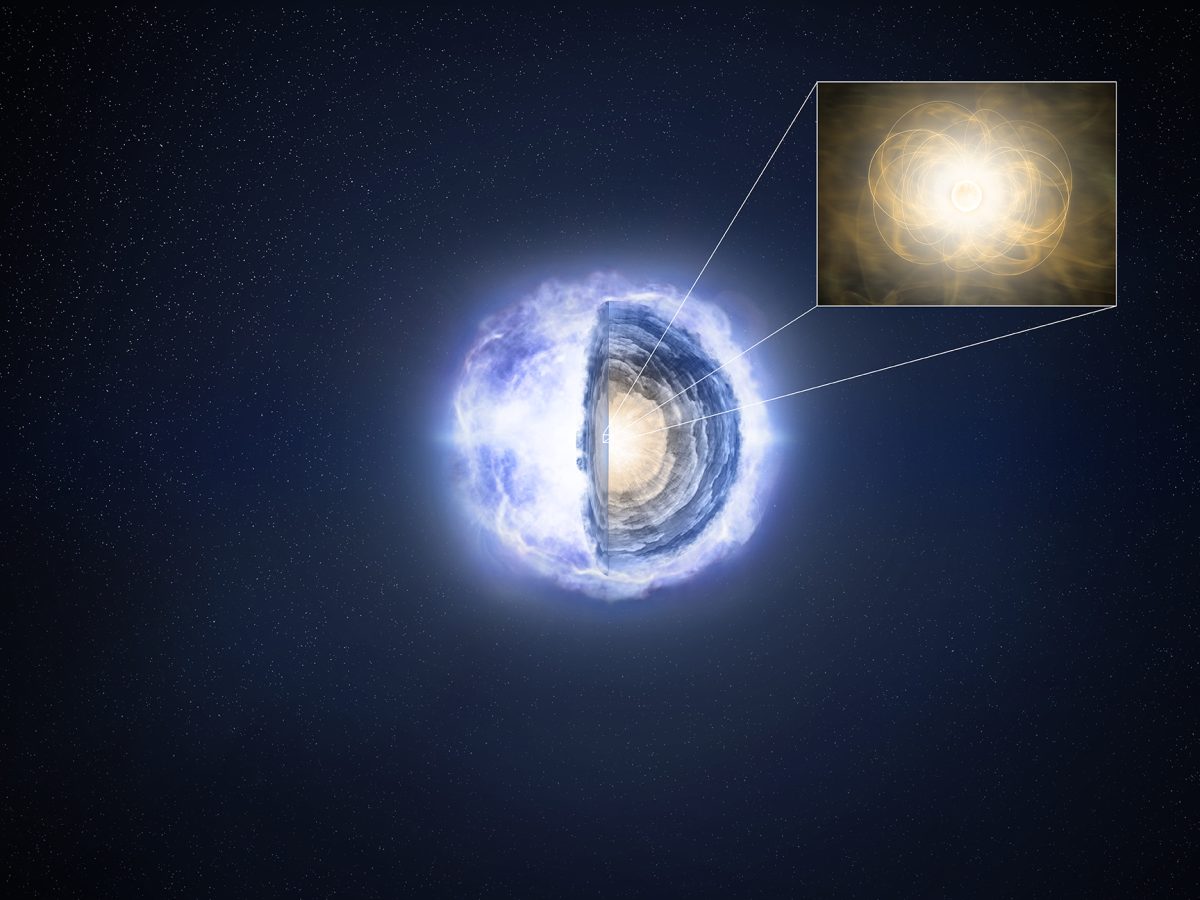 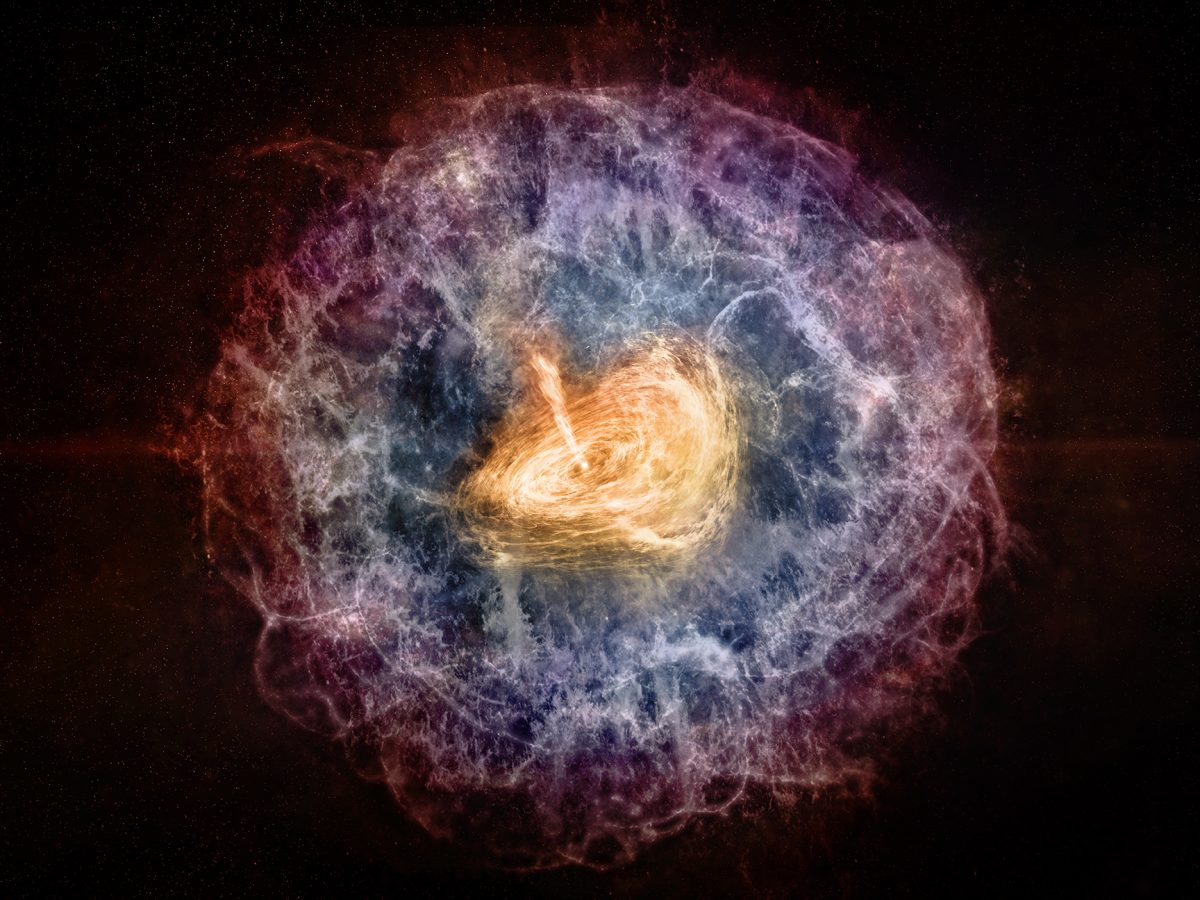 Melissa Weiss has over 20 years of experience producing high-quality images for the top astrophysics institutions, many of which have been featured in publications across the World. In addition, she collaborates closely with scientists and public relations team members to effectively explain science concepts and theories to a general audience.

Melissa received a BFA in Studio Art from the University of Rhode Island in 1998. That same year she began creating science illustrations for NASA's Chandra X-ray Observatory before the observatory's launch in 1999. Later, she also began working with the Harvard & Smithsonian Center for Astrophysics team and, recently, the National Radio Astronomy Observatory. Melissa's images have been published in Time magazine, on space.com, Nature, NASA's Astronomy Picture of the Day, and other publications worldwide. Go to the artist's portfolio

This artwork is copyright © Melissa Weiss. All rights reserved.