I’m preparing for the second edition of the book N1 for the Moon and Mars, and I’m currently working on the OKB-1 proposal for a nuclear crewed Mars mission. This was a very unusual design. It would have been launched by 2 N1-M rockets, and weighed about 150 tonnes It was 175 metres long, but the bulk of the length was the three sections that worked as heat radiators. These were hollow, slid inside each other, and were VERY light. The asymmetrical “shield” at the front is the aero shell of the landing module, which would carry a 3 part, 6 wheeled Mars “train”. 4 Crew, who would be boarded after it was past the radiation belts, on a modified LOK lunar Soyuz. 1885 planned launch It was cancelled along with the N1 program in 1974 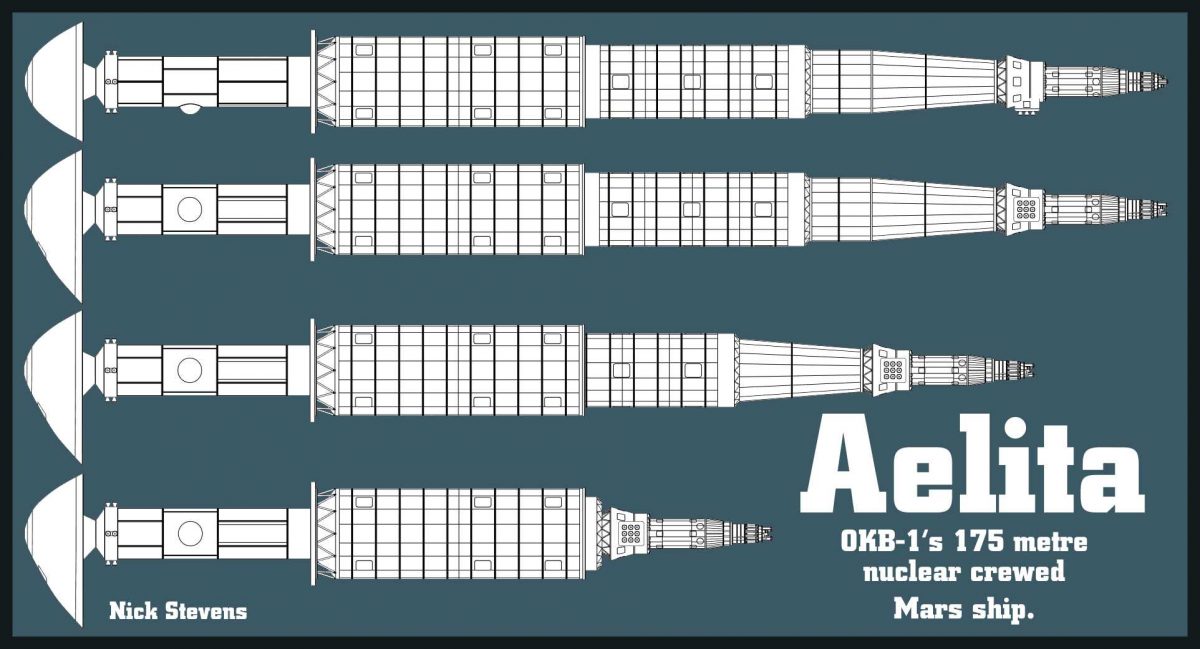