We have a moon that lights up our night sky, imagine if we were in the halo of a spiral galaxy and imagine the first travelers into space from the habitable moon that orbits this super-Earth and their amazement when they first viewed their position in the cosmos, suspended over the vortex of the spiral galaxy below. 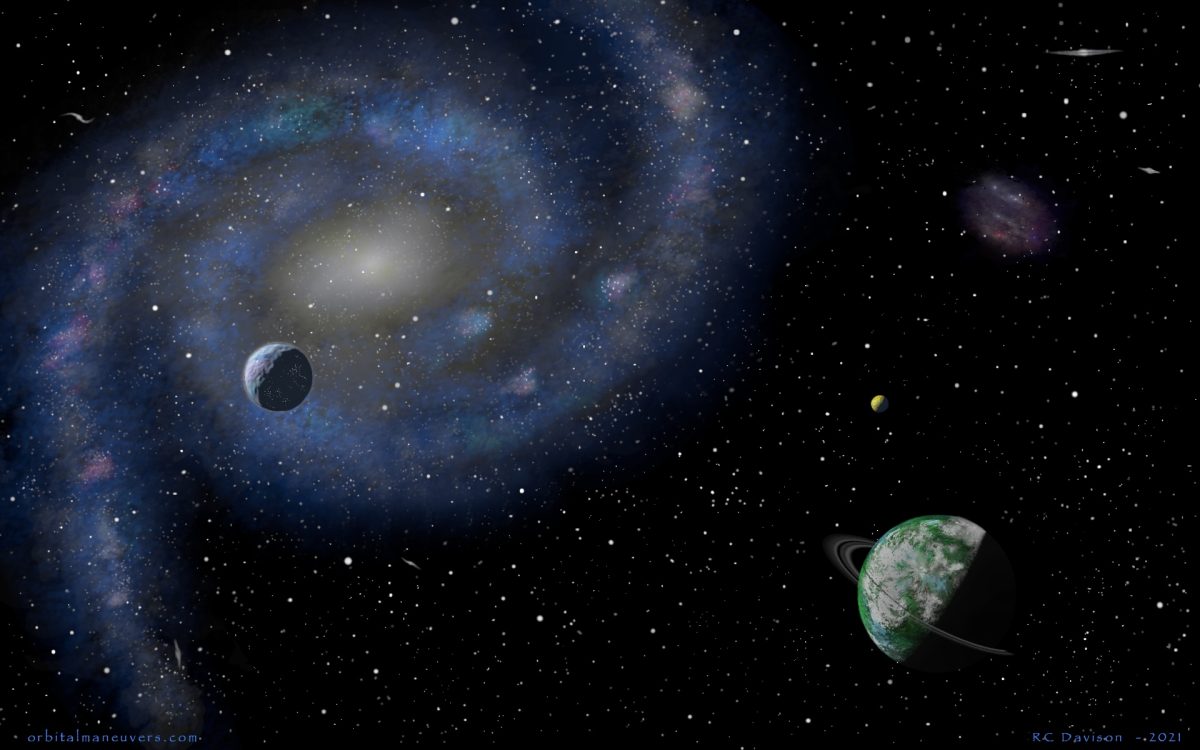 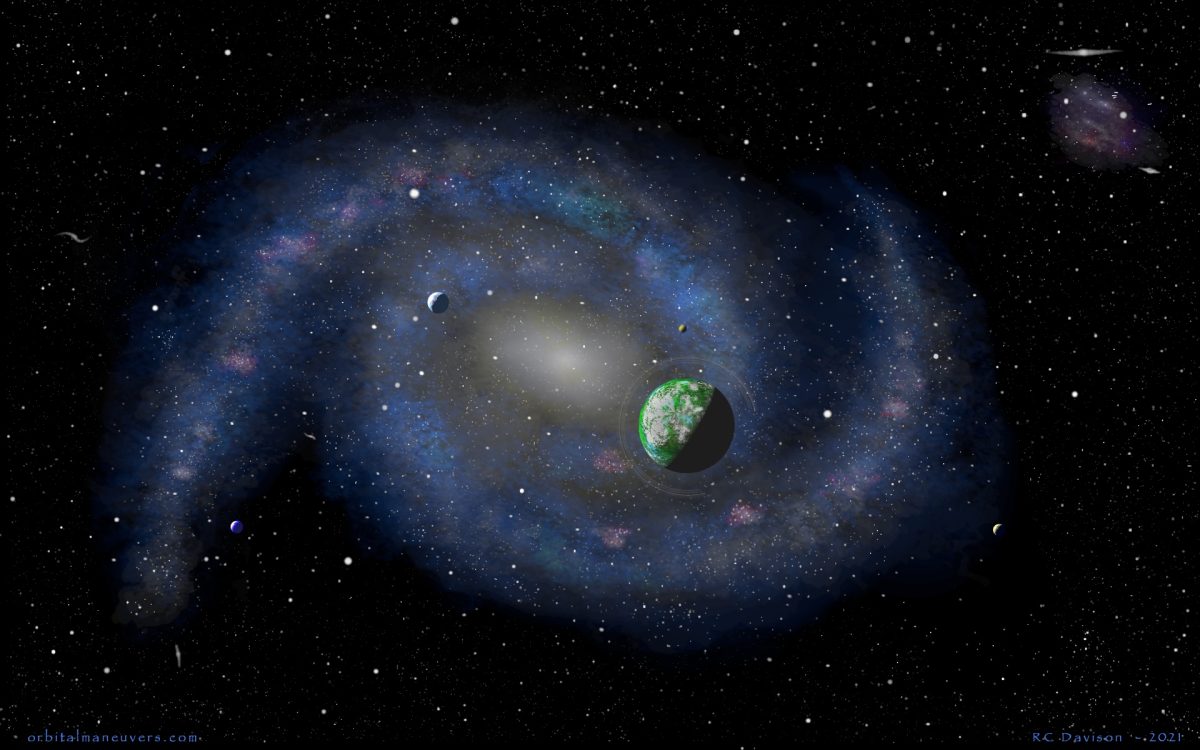