The Viking probe approaching Mars in 1976 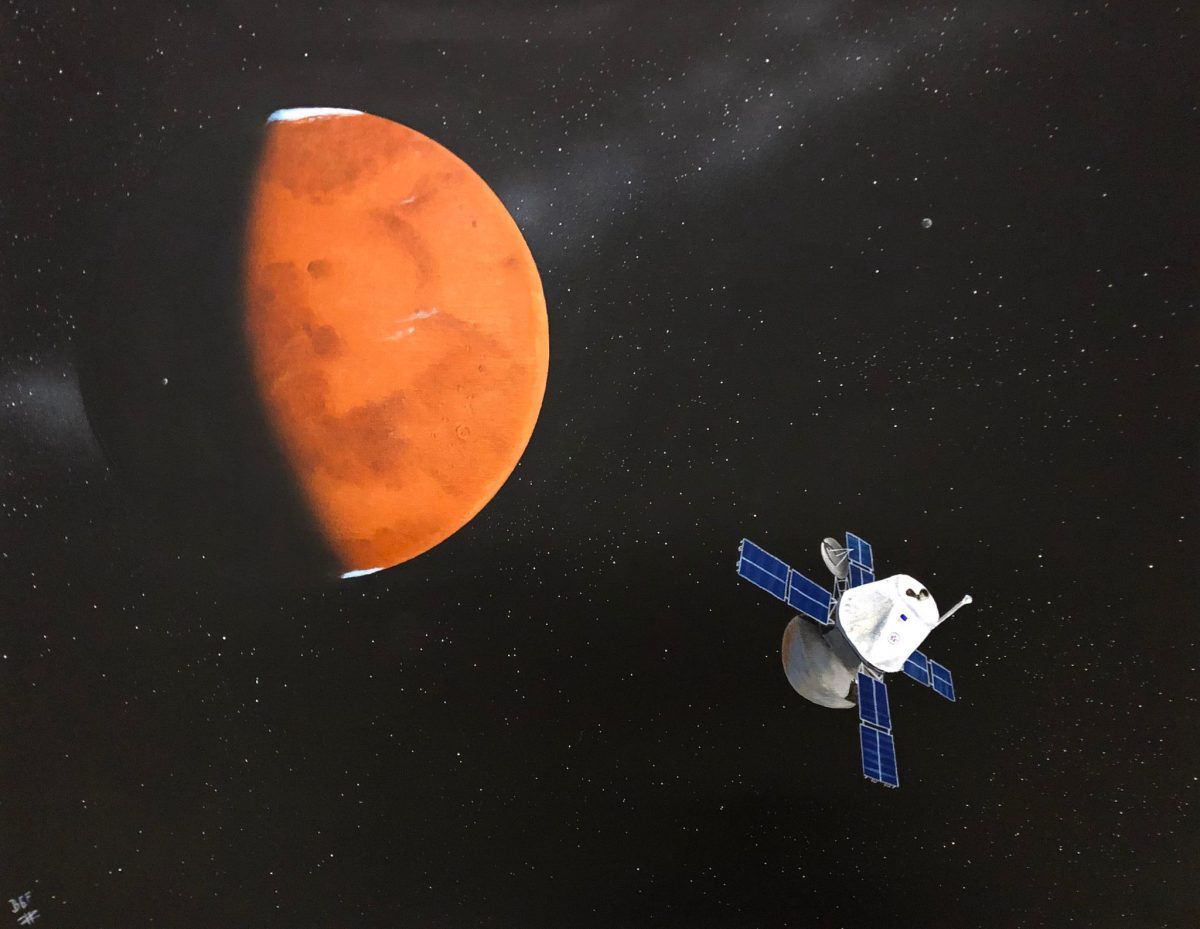