Here we have a hypothetical planet with a slightly lower mass than Earth, with shallow seas, and extreme tides due to its large moon (which you can just see as a thin crescent on the left). These cephalopod-like creatures are intelligent. Their ‘mouths’ are not mouths at all but modified gill-like organs used for communicating, reproduction, and respiration in water and air. Their actual mouth is at the ventral part of the body, ringed by sensors and tentacles, feeding on benthic (seafloor) life. They have to be on the permanent lookout for predators – sea skimmers, lethal arthropods that dart about (not shown) and prey on soft creatures such as these. The vegetation is translucent which allows the light to shine through, so it appears to be glowing due to it being backlit in this image. Science fiction? Space art? Cartoony faces? Possibly, but out there… amongst the billions upon billions of exoplanets, perhaps this planet exists. 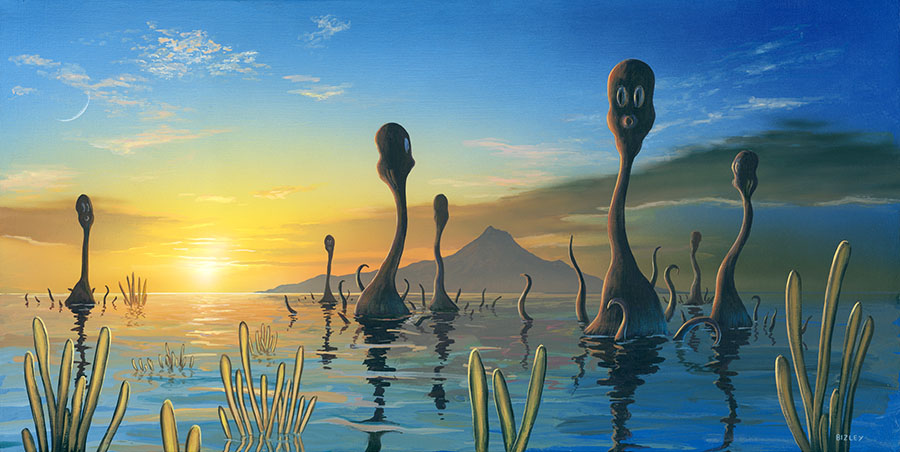 This artwork is copyright © Richard Bizley. All rights reserved.